Aston Villa first meeting with former manager Steve Bruce as we made the trip on Saturday to Hillsborough to face Sheffield Wednesday was a tight and interesting affair.

The hosts opened the scoring and made life incredibly difficult for us, and we were poor by our own usual standards – but we knew Bruce would have his players up for this one given the revisionist nature of the buildup to the game, so that probably explains that given what the referee let them get away with.

It was to no avail though (shame that), as John McGinn got us level, Jed Steer saved a penalty and in stoppage-time Albert Adomah and Tammy Abraham returned all three points to give us a 3-1 victory and it was nothing less than we deserved.

Statistics website Whoscored had us clearly on top in their player ratings, and Abraham got their star man award to take Man of the Match with a score of 8.03. 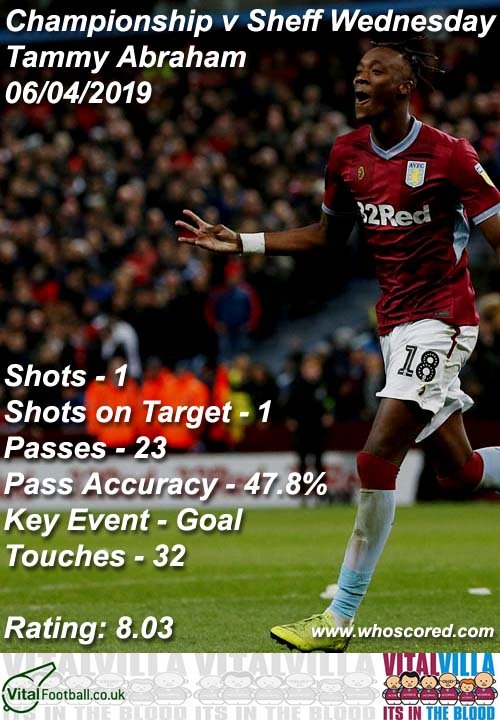 It’s in our hands, Bruce’s unbeaten run is over, and we’ve shown we can dig deep and win ugly.