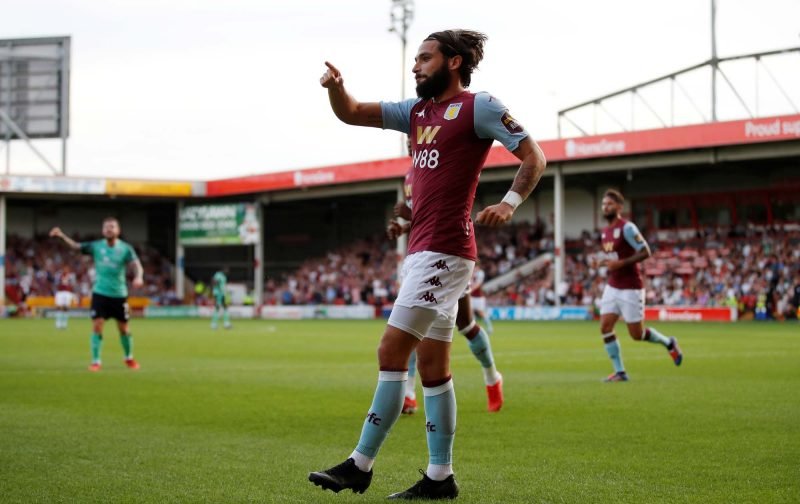 It’s not exactly been a long wait for Aston Villa’s first Premier League win since our Championship Play-Off return, but it certainly has for Jack Grealish, but that record is behind him following Friday evening’s action against Everton at Villa Park.

Following defeats to Tottenham Hotspur and Bournemouth, goals from Wesley and Anwar El Ghazi gave Villa a somewhat comfortable victory over Marco Silva’s side, but again, we are in an adjustment period and we can improve on plenty – but we were far more clinical than they were and that can only be a confidence shot.

Statistics website Whoscored gave their star man award to former Birmingham City player Jota, and he picked up Man of the Match with a rating of 7.86. 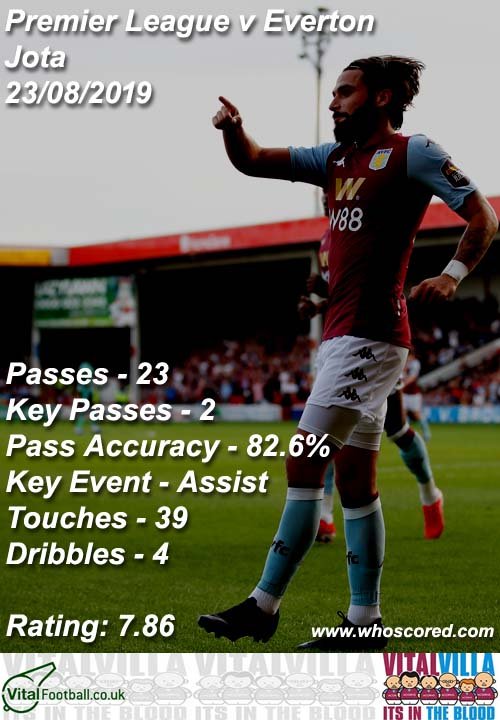 Extra mentions for Bjorn Engels and Fred Guilbert who also scored above seven.

We’re up and running folks.