With it being confirmed that Jack Grealish was a doubt ahead of Aston Villa’s trip on Sunday afternoon to Wolverhampton Wanderers, there was still plenty of optimism that we would do the double over them.

Sadly, that never came to pass and it seemed what could go wrong did go wrong – both in terms of losing Tom Heaton and Bjorn Engels ahead of the game, to Jed Steer only lasting eight minutes before he needed to be substituted and the less said about our first half performance is probably for the better.

Some second half positives for those who look for them, the ultra optimistic might feel we should’ve taken a point – but there’s no denying we were poor based on our own levels this year.

Statistics website Whoscored understandably only had two players with seven plus scores. 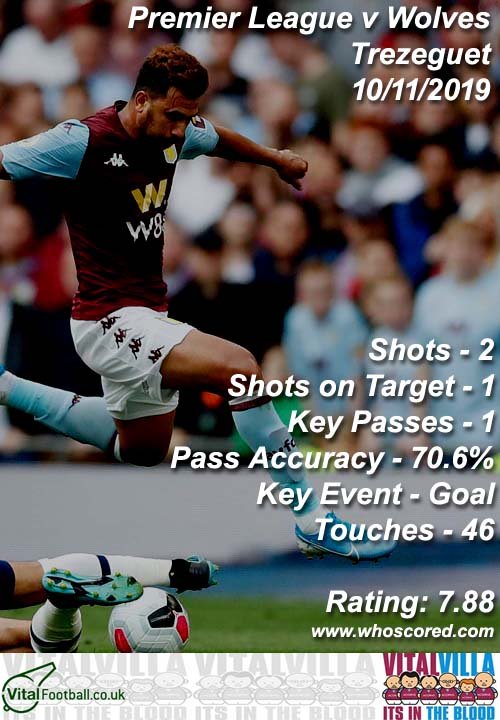 Was Trezeguet The Bright Spark On A Dark Day?

Bottom line, we can’t be that poor again.