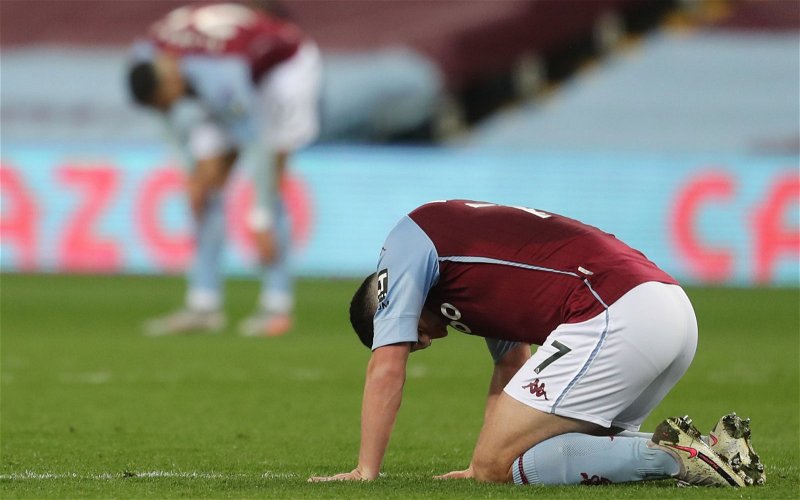 The less said about Aston Villa’s utter capitulation late on in our derby clash with Wolverhampton Wanderers yesterday is probably for the better, but despite the anger and frustration doing the rounds amongst fans, it would be remiss to ignore John ‘Meatball’ McGinn’s individual showing on the day.

It was an all around performance from the 26-year-old Scottish international and many would argue potentially his best game for us since we returned to the Premier League – it was a McGinn showing we got accustomed to in the Championship as things clicked under head coach Dean Smith in the second half of the Play-Off winning season.

Having used his backside to good effect and whipped in the cross that saw Danny Ings open the scoring in the 48th minute, McGinn got himself on the scoresheet when he rifled in to make it 2-0 with 22 minutes remaining on the clock.

Understandably, statistics website Whoscored gave him their star man award following the game and few will disagree that he’s the rightful Man of the Match with a score of 8.94. 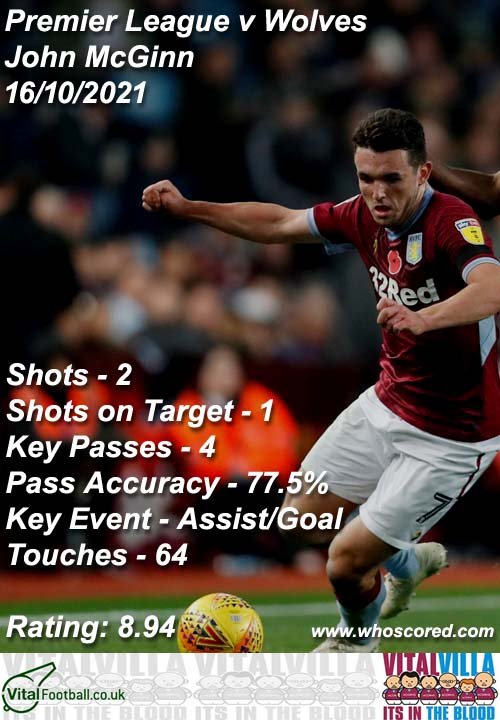