Happy Birthday To A Former Villan. Legend Or Just A Villa Great? 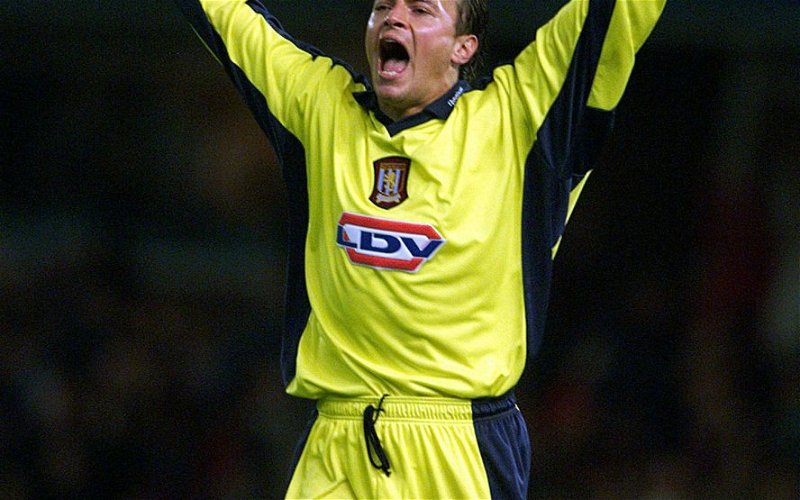 Thank you so much all..xmb

Back in April last year, the Vital Villa forum asked for the best, all time, goalkeeper list.

Of course, Mark Bosnich ranked highly in the list.

We had been asked, amongst other sites and Villa societies, to submit 10 ‘all time’ best players for all the different positions. We, as a forum, settled on just three to put forward in the end.

I was actually happy to put just two forward, Rimmer and Spink, but think the other members were correct in saying Bossie also had to be on the list. He was, indeed, a great goalkeeper. The only area I would have a slight criticism, was his kicking, the rest was all but perfect.

Is it right to call him a legend? Not sure. For some, for sure, but maybe for the slightly older amongst us, that would go down to Rimmer and Spink. However, he was outstanding in his seven-and-a-half years with us. He played 207 times.

Bosnich was one of the few players to be retained by new manager Brian Little following Atkinson’s dismissal in November 1994, as the bulk of Atkinson’s team was sold off to make way for a new side. 1995–96 was perhaps the best season of Bosnich’s career. He was now widely acclaimed as one of the best goalkeepers in the Premier League, as he helped Villa finished fourth in the league and win the Football League Cup final at Wembley with a 3–0 triumph over Leeds United.

It looks like it was all downhill once he left Villa.

It is a shame, he was so great for us, but then ran his contract down and left, to Manchester United, on a free. He was always on a hiding to nothing trying to replace their legend, Peter Schmeichel, but having read this article, it seems he was onto an even bigger hiding to nothing than I had realised, as Sir Alex Chewalot didn’t actually want him or indeed, like him!

Ferguson says it was a “bad bit of business” adding, “Bosnich was a problem. His training and fitness levels were below what we needed.”

He slates him in his autobiography, “We pushed him to a higher tier and felt we did quite well with him. He was terrific in our victory over Palmeiras in the Intercontinental Cup, in which he ought to have been man of the match, ahead of Giggs.

“Not much later, we played down at Wimbledon in February, and Bosnich was tucking into everything: sandwiches, soups, steaks. He was going through the menu, eating like a horse.”

Ha, nothing wrong with being hungry, he was a growing lad! Bossie denies all of what Fergie said by the way, as this article explains.

Seems Roy Keane wasn’t best pleased with Bossie either, as he turned up late for his first day of training!

Hey ho, just goes to show, as he didn’t do well at Chelsea afterwards either, leave the mighty Aston Villa at your peril.

And long story short, Happy Birthday Bossie, thanks for the memories (apart from the one at Spurs).