It was a disappointing summer for Aston Villa as we faced the fallout from last years failure to gain promotion to the Premier League but the arrival of Nassef Sawiris and Wes Edens did draw a line under that – as did the arrival of new head coach Dean Smith.

His more immediate impact fell away as our threadbare squad and lack of defensive options came to bite us, but with January strengthening and the return of Jack Grealish seeing our form turn around into a record breaking run of wins at the club, the Play-Offs were ours.

On Monday afternoon we added Derby County to the West Bromwich Albion scalp and I think for many Anwar El Ghazi would’ve been the Man of the Match on the day given his attacking play and selfless tracking back.

Statistics website Whoscored had him in second place in their system, and our Duracell Bunney John McGinn lifted their star man award with a score of 8.08. 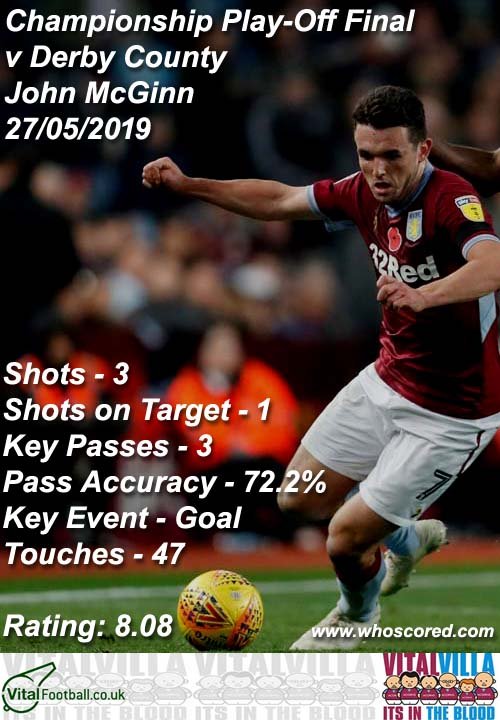 Plenty won’t agree with the ratings here but who cares, Premier League here we come.