Aston Villa matched a 109-year-old record on Friday afternoon as we made the Championship trip to Bolton Wanderers.

Nine wins on the spin under head coach Dean Smith became pretty easy ultimately at the University of Bolton Stadium, but we did have frustrations in the first period as Bolton understandably dug in and tried to make life difficult for us.

Second half we improved and the match opened up, seeing Jack Grealish quickly give us the advantage before Tammy Abraham made it 2-0 to tie up the points just before the hour mark.

Jack and Tammy took top and second spot in statistics website Whoscored’s player ratings and understandably so as they were key to victory, scoring and assisting each other. 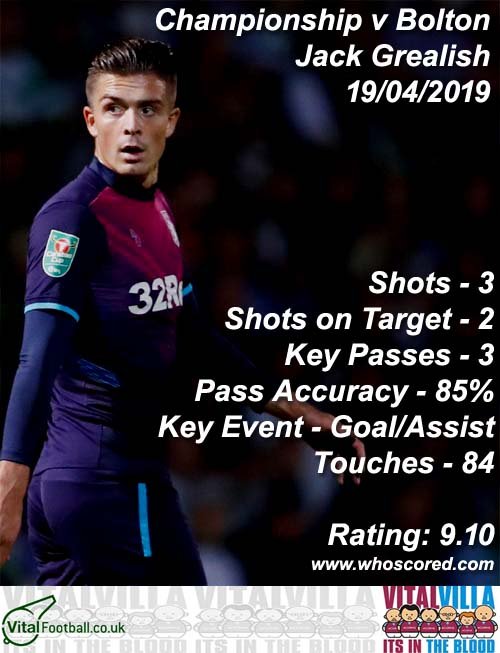 Ahmed Elmohamady and Axel Tuanzebe also received seven-plus scores for the efforts on the day and we simply roll on.