3 Shots, 3rd Most Touches & 11 Clearances – This Villa Player Can Hold His Head High After Chelsea

Aston Villa somewhat predictably missed another opportunity to move out of the relegation zone when we welcomed Frank Lampard’s Chelsea side to Villa Park on Sunday afternoon.

Having rather unexpectedly taken the lead in the 43rd minute through Kortney Hause, everyone was expecting a second half onslaught from them and it’s exactly what we got as they scored twice inside of two minutes to take a 2-1 victory.

Sadly we could’ve (probably unfairly) nicked a point, but it wasn’t to be despite our ugly, but largely effective, park the bus routine.

Statistics website Whoscored probably had a number of our players rated higher than many fans would’ve expected, but Kortney Hause stole the show at both ends of the pitch to earn a score of 7.64. 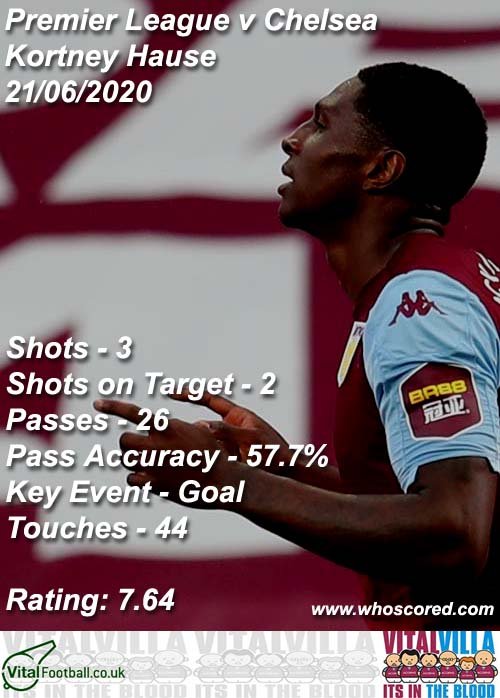 Onto Newcastle United now and hopefully three points against former gaffer Steve Bruce to give us some breathing room and a little bit of confidence.