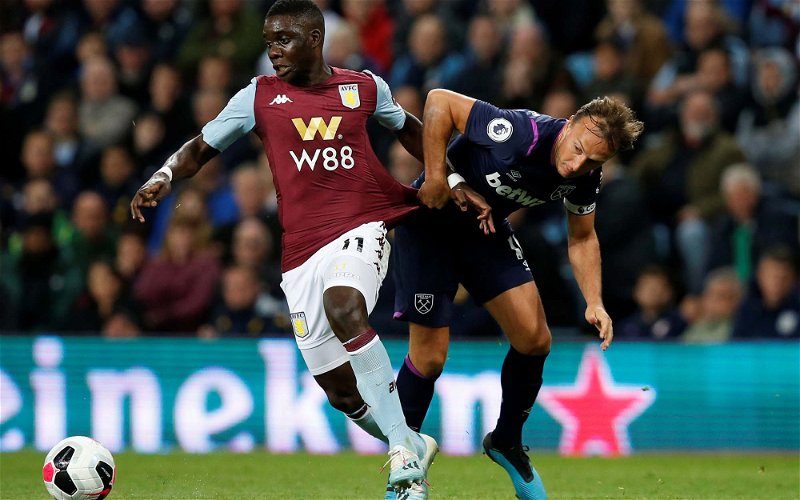 Every Aston Villa fan was hoping we’d end the season on a high as we welcomed Chelsea to Villa Park on Sunday afternoon for the 2020/21 Premier League curtain closer.

And by jove, we went and did just that.

It was a poor start from us, but Chelsea didn’t really threaten and as we slowly grew into the game we arguably had the better chances and Bertie Traore proved his enigma status by scoring at the perfect time just two minutes before the half time break as it totally rocked Thomas Tuchel’s side.

Knowing at that stage they needed to win to ensure their preferred European adventure, they came out brightly but we were again organised and efficient, and seven minutes after the restart Bertie earned us an admittedly soft penalty and Anwar El Ghazi put himself into double figures in the league, which is a great return for him.

Chelsea continued to have the possession and had moments, but nothing that would really trouble Emi Martinez until Chilwell popped up following a rare Ezri Konsa error to get them on the scoresheet. Harsh on our efforts and harsh on Emi who deserved his clean sheet record.

We saw it out though to take the 2-1 win and it was thoroughly deserved.

Statistics website Whoscored understandably gave their Man of the Match gong to Bertie this time, but I know I’m not alone in believing Marvelous Nakamba deserves it this match as he was almost faultless in continually breaking up their attacks, and this chap has come a long way since he joined us. 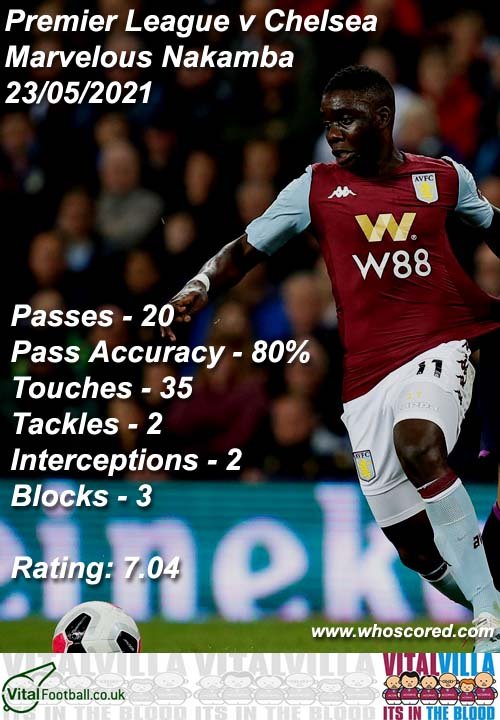 Too much praise to go around, but it certainly feels like the Villa are back and watching the game I thought Naky put in far more tackles than he’s given credit for.

Terminator Targett is another who needs massive praise as he’s come on leaps and bounds this year, but he’s not alone.