Following our little break from the fixtures owing to the Covid outbreak, the games are coming thick and fast for Aston Villa now and after huge disappointment in the last clash, tonight we were out for revenge against a poor Newcastle United.

Welcoming former gaffer Steve Bruce back to Villa Park, we were without John McGinn and Dean Smith himself following suspensions, so we were all hoping Nakamba would be Marvelous as SJM’s replacement.

It was a slow and steady start really, but Ollie Watkins looked lively and 13 minutes in, he timed a run to perfection to nod over the keeper when lesser strikers would’ve ducked out for fear of being clattered. Despite VAR’s best attempts, he wasn’t offside.

We were on top, but the game was mixed as we gave away too much possession and the visitors did have a few chances, but with just over ten minutes remaining in the half, Ollie Watkins had the ball in the back of the net for a second time – this one was disallowed for offside, and unlike other games, we can’t have any complaints here.

We did have the second a short while later though as Bertrand Traore hit a pearler to double our lead, and even Nakamba had a shot before the break!

It was a lively start to the second half and Douglas Luiz should really have added a third a couple of minutes in.

We were playing some lovely stuff as well, and given Andy Carroll could’ve seen red but didn’t even get a yellow in the first half, he could’ve seen red again before the hour mark after another thuggish nasty lunge but turning more physical seemed to be Newcastle’s best response at this stage.

There were still some great moments of play and we really should’ve added to the scoreline, but whether it was Covid fatigue again, we really seemed to slip off the pace in terms of our control of the ball, but defensively we were sound despite that legginess.

For how bad we were second half, we were still miles above Newcastle and I can’t really remember them actually troubling us.

What a strange place Villa now find themselves in, been a long time hasn’t it!

I think sirdennis put it best in our Match Thread.

“That is as comfortable a 2-0 win you will ever get without having to get out of 3rd gear.”

The second half could easily be our worst 45 minutes this year in the league, and we were never in danger of conceding and should’ve scored two more and that’s before we get to the blatant penalty at the death that VAR and the referee just skipped over to blow the fulltime whistle. 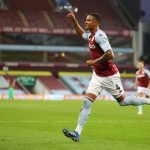