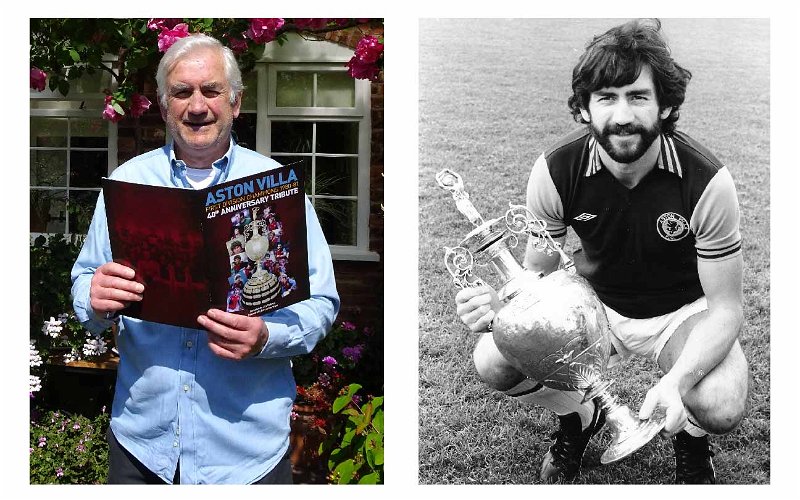 It is the date which will remain forever etched in Aston Villa folklore.

On Saturday 2nd May 1981 captain Dennis Mortimer led the team to one of the greatest feats in the club’s history.

After 42 games, using a squad of only 14 players, Villa were Football League champions for the first time in 71 years. 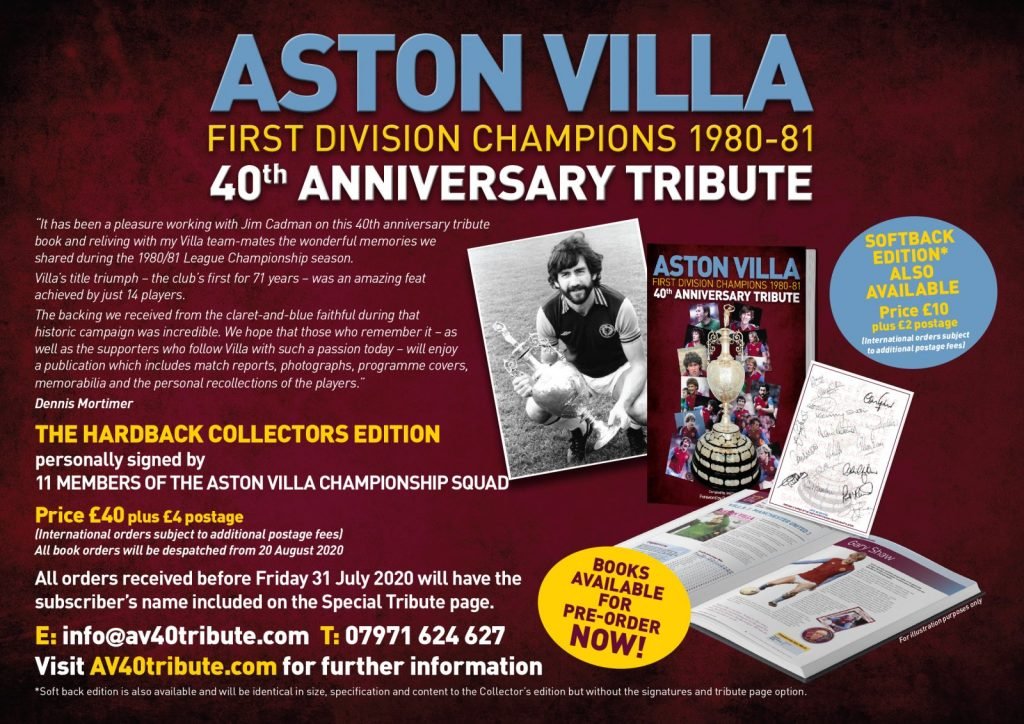 To celebrate the remarkable 1980/81 season, Cornerstone will be working with players from the title-winning squad on the Aston Villa 40th Anniversary Tribute.

During the 2020/21 season a series of ‘Meet the Champions’ events will be held enabling fans to share happy memories with squad members.

The AV40 Tribute will be formally launched on 20th August 2020 with the publication of a book containing the programme covers and reports of every match played during the championship season, player profiles, rare and unpublished photographs, memorabilia plus personal recollections from the players.

A special Collector’s Edition of the book is available at £40 plus p&p. There will be 500 numbered copies of the book, which will be personally signed by 11 members of the championship winning squad. The subscriber’s name will appear on the special 40th Anniversary Tribute Page if orders are received before 31 July 2020.

A quality softback version of the book without the squad signatures and the tribute page option will cost £10 plus p&p. 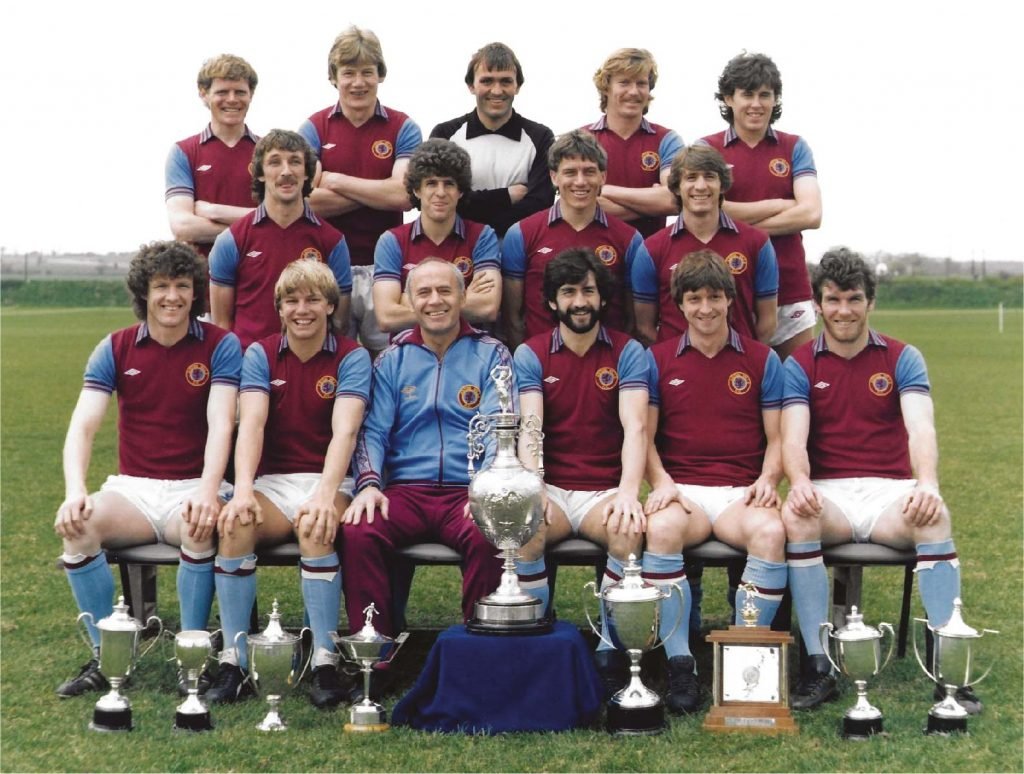 Dennis Mortimer said: “It has been a pleasure working with Jim Cadman on this 40th Anniversary Tribute and reliving with my Villa team-mates the wonderful memories we shared during the 1980/81 League Championship season.”

“The backing we received from the claret and blue faithful during that historic campaign was incredible. We hope that those who remember it – as well as the supporters who follow Villa with such a passion today – will enjoy this fascinating book.”

Both editions of the book will be available to pre-order from 28 May 2020. For more details, visit www.av40tribute.com