Having failed to rightly pick up all three points from the West Ham United clash, Aston Villa were back in action on Sunday as we made the trip to the Emirates Stadium to face Arsenal.

Plenty of people knew it would be a tough game but there was hope simply because Arsenal aren’t quite the side they used to be. Unfortunately for us, we saw both the best and worst from head coach Dean Smith’s side and despite taking the lead twice, we failed to hold on inside of the final ten minutes and fell to a 3-2 defeat.

Statistics website Whoscored largely proved it was a harsh defeat given their player ratings on the day as we edged it and our little ‘Meatball’ John McGinn again ran away with their star man award to take Man of the Match with a score of 8.20. 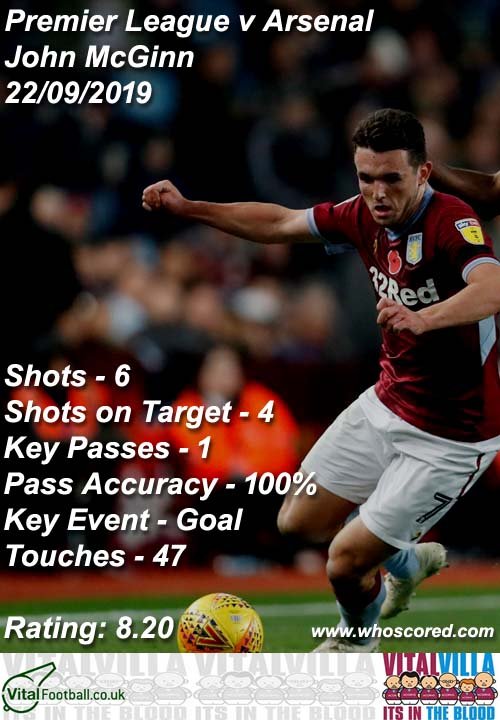 The fact Arsenal’s goalkeeper was rated as their fifth best player probably says a lot, but our own errors cost us hugely again.