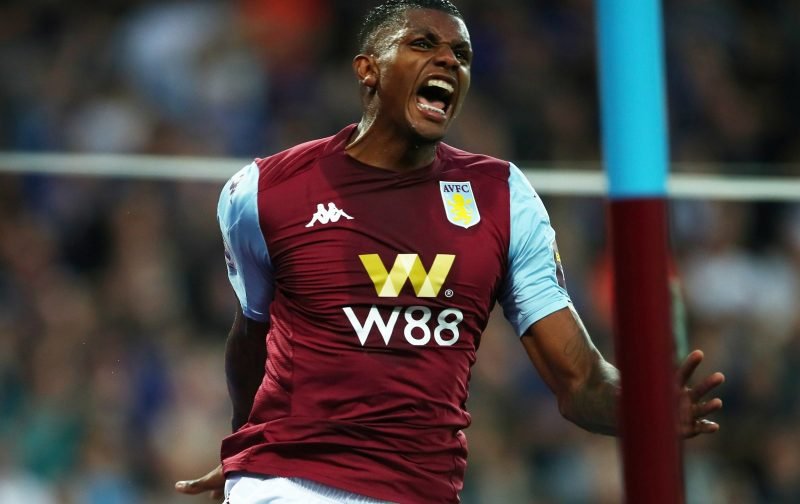 Aston Villa made the trip up to Carrow Road on Saturday to face off against fellow promoted side Norwich City, and the aim was to pick up our second win of the 2019/20 Premier League campaign.

With some defensive wobbles and a lack of a clinical finish in some recent matches as we’ve had to settle for a point, we had no such concerns in this one as we were on fire at the top of the pitch.

Wesley grabbed a brace and we saw further goals from Jack Grealish, Conor Hourihane and Douglas Luiz and the scoreline could well have been higher than 5-1 at the full time whistle.

Statistics website Whoscored obviously had positive player ratings after that one, but Wesley took their star man award with a score of 8.99 to lift Man of the Match. 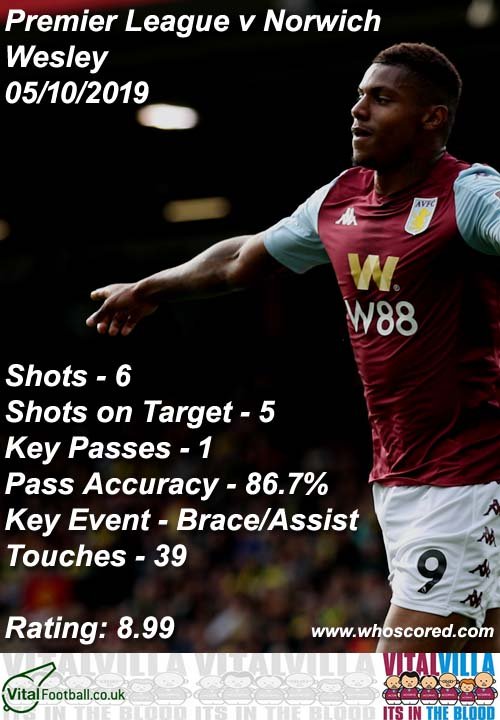 Completing the top five best performers in their eyes were Anwar El Ghazi with his two assists (8.91), Conor Hourihane with his goal and assist (8.86), Jack (8.76) for his goal and John McGinn (7.71) who helped himself to a yellow card.

Bjorn Engels, Marvelous Nakamba and Matt Targett also received seven plus scores, so Brighton and Hove Albion after the next pointless international break and we’ll see if we can make it back to back wins.