7 Shots, 1 Key Pass As Villa Man Continues To Impress On A Day We Make History 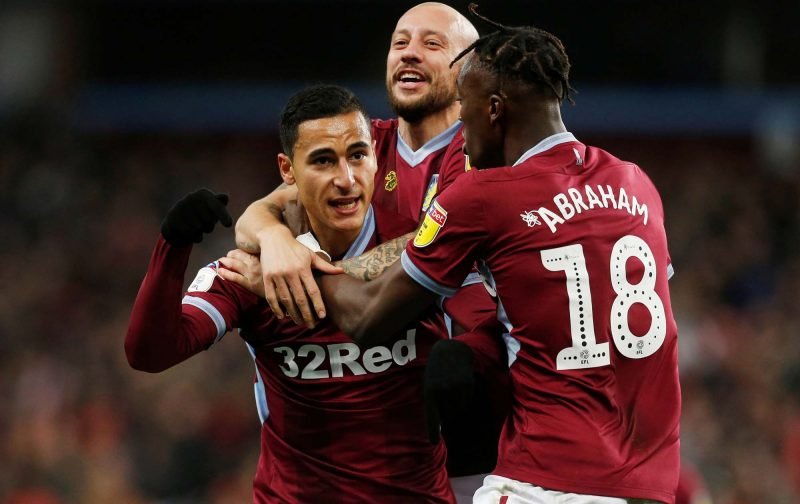 Aston Villa welcomed Millwall to Villa Park for Easter Monday’s Championship action and it wasn’t just the three points that were up for grabs, head coach Dean Smith was relishing the opportunity to make history at the club as we could register ten successive wins for the team to go into the record books.

With us equalling our 109 year record against Bolton Wanderers, Jonathan Kodjia’s effort on the half hour mark was enough to send us to victory and to create history in the process.

Statistics website Whoscored probably didn’t give us the player ratings the overall performance had warranted in my humble, but they did have us clearly edge the scores. 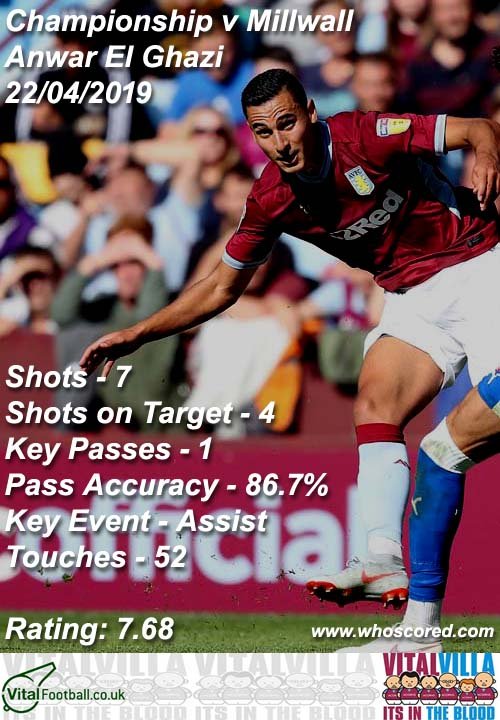 23-year-old Anwar El Ghazi continued his more recent improvement as he helped himself to another assist to take a Man of the Match score of 7.68.

Can we make it eleven on the spin now?