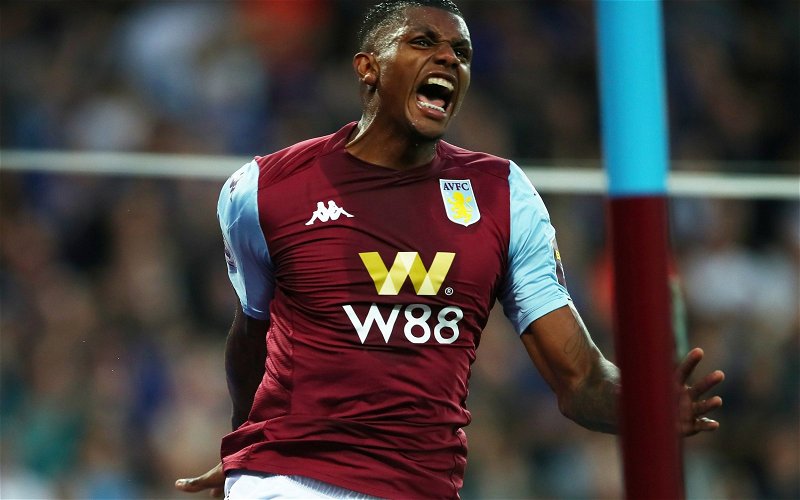 There’s plenty of criticism to go around this weekend after Aston Villa fell to another defeat, this time at the hands of high flying Sheffield United up at Bramall Lane.

A 2-0 loss leaves us perched level on points with Southampton, albeit goal difference keeps us out of the bottom three as I type, and there’s no denying it was a poor performance from us again as we just didn’t click.

Summer signing Wesley continues to confound most fans but against the Blades he did win five aerials but only managed one shot in 30 touches – and as we know, he pinged that into the side netting.

Speaking to the media following the game, head coach Dean Smith sounded relatively pleased with his performance, explaining that he was substituted after taking a knock to his back, but plenty of fans will feel our gaffer is being somewhat coy there given how they saw Wesley’s performance.

“I thought he was a lot better today. He was up against John Egan and Jack O’Connell and Chris Basham who I know. I thought we got the ball into him and he made it stick. We won second balls off him and he had a couple of chances. There was one at the start of the second half where I thought he was going to lob the goalkeeper with his left foot, he decided to bring it down instead. He had a chance where he’s turned and hit it into the side netting. He just got a whack into his lower back just before that and I thought it was the right time to give Jonathan Kodjia an opportunity.”

Mcburnie has done more in 2 minutes than Wesley has in three games🤷🏼‍♂️ awful player. #AVFC #UTV

Wesley really is an embarrassment not only as a striker but also the way he falls over or throws himself to the floor from the slightest touch on him. Absolute garbage. #AVFC

Wesley is still on the pitch, incredible #avfc

Here’s my assessment from the game today and recent weeks.

McGinn needs a rest.
Wesley simply isn’t good enough. I get that he needs time but we need a striker in January to help. Jarrod Bowen for me.
Deano will keep us up. Big games over Christmas now. #avfc

Sorry but this is the nail in the coffin for me. Dean Smiths blind faith in the Donkey called Wesley is costing us points. We cannot carry him anymore!

If Wesley is on the team sheet I’m not following. #wesleyout #avfc

100% need to be going all out for another striker/winger, Wesley just can’t seem to get it done, doesn’t look good enough to lead the line on his own. Changes needed in January ⚽️ #AVFC

And that’s our problem isn’t it? Soon as the going gets tough we call for the managers head, it’s no wonder we get called fickle. 7 out of the last 8 we’ve played in the league occupy the top 7 places in the Prem. Fans need to realise this was never going to be a walk in the park

Loan him out. Get someone useful who doesn't go down like he's been shot every challenge he loses.

That was so bad to watch!! Reminiscentof Bruce ball. Big changes are needed as is some actual effort and tactical awareness. Wesley is awful for the record #avfc

Some Villa Fans Might Get Their Wish Given Latest Injury Concern