A new kit, a new deal and something that could be very interesting.

As we all know, the kit partnership with Under Armour was cancelled by mutual consent. Today Aston Villa have revealed who will provide the new kit from next season onward. The setup, which looks a bit different to what clubs usually do, is headed by a Villa fan.

Yes, I know, we are all now thinking of the 82 kit and the round badge, hopefully, he is as well! 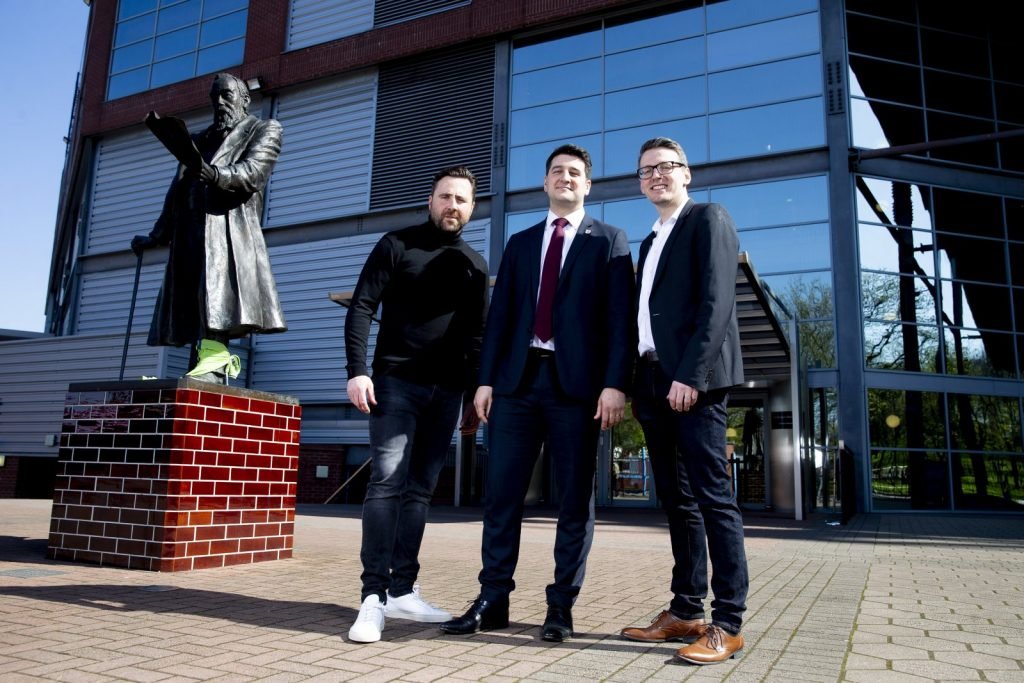 Villa declare this a ‘ground-breaking’ deal as they have moved away from convention and are looking to provide Villa fans with “a better experience.”

“It also confirms Aston Villa as the first English team to adopt a three-party agreement with a preeminent manufacturer of sporting apparel and a leading UK fashion brand that holds Birmingham at its heart.”

So basically Fanatics, who run the Aston Villa shop (or as Villa say, they will continue to deliver a “multi-channel retail capability to the club, including management of the Villa Park store”), are going to manufacture the kit and LUKE1977 is going to be the designer.

LUKE 1977?  Villa explain it is a “contemporary menswear fashion label with Birmingham engrained in its DNA. The brand, headed up by Birmingham bred Aston Villa fanatic Luke Roper, will maintain the quality and heritage of a kit that has played such an iconic, significant role in the Creative Director’s life. This partnership has allowed Aston Villa to provide fans with a kit that has resonance with its Birmingham roots and ultimately develops its engagement with the local community.”

Our Chief Commerical Officer Luke Organ said, “Aston Villa Football Club is proud to pioneer an exciting new tripartite technical kit partnership. Traditional routes often leave the club lacking an element of creative input, we wanted to take back control of the look and feel of the strip for our fans. We believe this partnership will further allow us to engage with the fans to a much greater extent than previously experienced with manufacturing partners.”

Big congratulations to @LukeRoper who's a huge Villa fan on getting the @AVFCOfficial kit supplier deal!! Well done ?? Looking forward to it #AVFC

Look forward to getting more details on all of this, nice to think that a fan will be having the input of the kit, he’s going to understand what ‘we’ like. It is something I’ve brought up with the club before at a Football Fan Consultation Group meeting.

Luke goes on to say, before I so rudely interrupted: “The deal with LUKE 1977 and Fanatics represents a true partnership. All parties work collaboratively to deliver the very best product for our fans. Extending our prosperous relationship with Fanatics can only benefit the Villa faithful and working with LUKE 1977, headed by lifelong Villa fan Luke Roper, is indicative of our commitment to the Aston Villa fanbase.”

“As a club we are determined to lead the industry in every way that benefits our fans. We continually innovate off the field, providing the very best fan experience we can.”

And LUKE1977’s Creative Director, Luke Roper {have I mentioned he’s a Villa fan yet?!} said, “As part of the pride and a lifelong Villa supporter, it is a huge honour to be asked to bring my 20 years of design experience to the creation of the new kits. I have worked closely in collaboration with both Aston Villa and Fanatics, which demonstrates a fresh approach to design and a commitment to give more back to the supporters. Every time a Villa fan sees the kits, they will know that one of their own has been a part of the design process.”