Acorns and Aston Villa – Part of the Pride once more 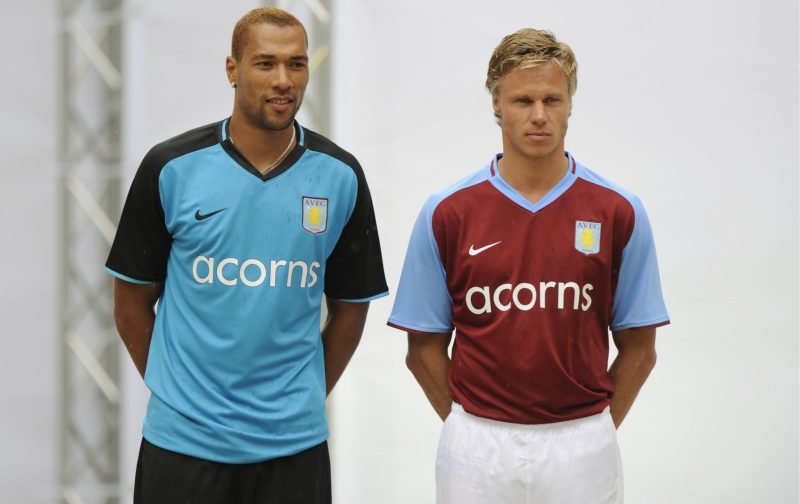 One of the things to come out of the recent Fans Consultation Group meeting was the decision taken by the club to resurrect their partnership with the Acorns children’s hospice, who provide offers year-round respite care, end-of-life care and bereavement services, supporting children and their families across three 10-bed units in Worcester, Birmingham and Walsall.

You will recall that back in 2008, Villa became the first Premier League club ever to use their shirt sponsorship to highlight their charity partnership, a deal worth millions to Acorns over the course of the arrangement in free, global publicity and increased donations.

While the shirt sponsorship lasted a couple of seasons, it became a tradition for the players to visit the hospices at Christmas, spreading cheer and bringing gifts for the children and their families. As part of the charity’s 25thanniversary celebration back in 2013, the club agreed to put Acorns back on the shirts of the club’s youth teams and children’s replica kits.

The partnership has waned somewhat over the last few years, but the new broom sweeping through the club has sought to re-establish and promote the connection again. Extensive support will be provided by the club, while they are also exploring the possibility of a “Click to donate” type facility when purchasing match tickets online – an excellent idea where you can round up the price of your purchase to the nearest pound (or in some cases, make a separate donation of your choosing) – every little helps!

The FCG were told:

“Yes, our relationship with Acorns has been re-established. They will be our Official Charity Partner for the season, and we will give them extensive support. An idea was raised to see if donations to Acorns could be made when purchasing tickets (“click here to donate” type option). This is something the club will explore.”

It costs £10m a year for Acorns to run their care services in the hospices and community. They employ over 400 staff in their facilities and rely on the support of 1600 volunteers working in the organisation. Acorns rely heavily on the community to fund the majority of their activities, although income from Clinical Commissioning Groups and other statutory bodies equates to around 37% of their income.

It’s a move which should gladden the hearts of Villa fans everywhere and I think you’ll agree that it is incumbent on football clubs to establish solid community connections and initiatives, particularly a club as high-profile as Aston Villa and with the obscene amount of money involved in modern-day football. The charity can only operate through the ongoing support of the community it serves, so anything the club can do will be a huge boost.

If you would like to make a donation, click here to visit the Acorns online page, or if you’d like to get involved with the charity in any other way, click here for more information and ideas.

I’m incredibly proud that the club is reconnecting with Acorns and let’s hope for a long-lasting arrangement which will benefit the amazing work of the charity for many years to come. Rarely has the club’s ‘Part of the Pride’ motto been more apt.

Get involved in the forum debate(strong views and more colourful language) or click here if you want to write for Vital Villa – new contributors are always welcome. Vital Football is a network by the fans, for the fans and we welcome your submissions.