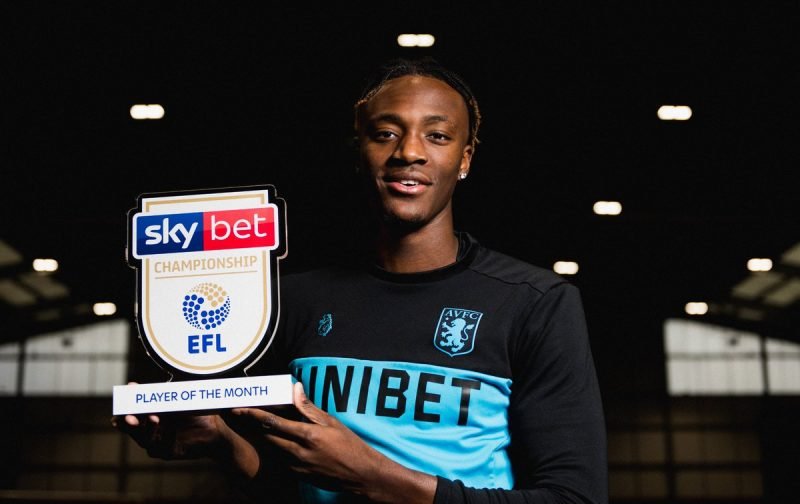 Tammy Abraham was named Championship Player of the Month for November after scoring six goals for Aston Villa last month. The 21-year-old was initially nominated with Joe Lolley (two goals and two assists for Nottingham Forest), Teemu Pukki (five goals for Norwich City) and Darren Randolph (conceded only two goals for Middlesbrough) but won the vote to the delight of supporters.

Fully deserved, well played Tammy now go show Albion what your made of.

Had to be. This lad makes it look frighteningly easy at this level

Congratulations @tammyabraham, very well deserved. Your attitude, application and effort has been absolutely exemplary since you joined us, you are such a great player to watch, a brilliant team player. Up the Villa.

Abraham has enjoyed a bright start to the season, scoring 11 goals in 14 games since joining Villa on loan from Chelsea. The England u21 international has successfully led the line and forced Jonathan Kodjia to play in a wider role in attack, although reports hint that Chelsea could look to bring Abraham back to Stamford Bridge.

The young centre-forward scored against Derby County in Villa’s 3-0 win on November 10 and against Birmingham City in his sides 4-2 victory on November 25. Abraham notched four goals in Villa’s 5-5 draw with Nottingham Forest on November 28 and was on the scoresheet again in a 3-0 win over Middlesbrough in midweek.

He’s expected to start against West Bromwich Albion on Friday evening and could be key to Villa getting a result. A win could see them move into the playoffs.