There can be few Aston Villa fans who weren’t hugely impressed with on loan Bournemouth centre-half Tyrone Mings in the second half of last season as we took Championship Play-Off promotion to secure our place back in the Premier League.

One of the big rumour mill stories this summer is going to be whether or not we can strike our ‘matching agreement clause’ with Bournemouth for his future services but most fans know they’ll do their best to delay the deal until the point where it looks like they could lose value by striking an upfront deal with us.

Mings is on record as saying ‘Hopefully mate’ when questioned about his future before the end of the campaign and with him turning up still in his kit when he returned to Bournemouth after the Play-Off Final many took that as a message themselves – as they do that his social media profiles has him in our shirt.

It was on social media that the recent meltdown occurred as fans get hyped up about the lack of news in his direction. 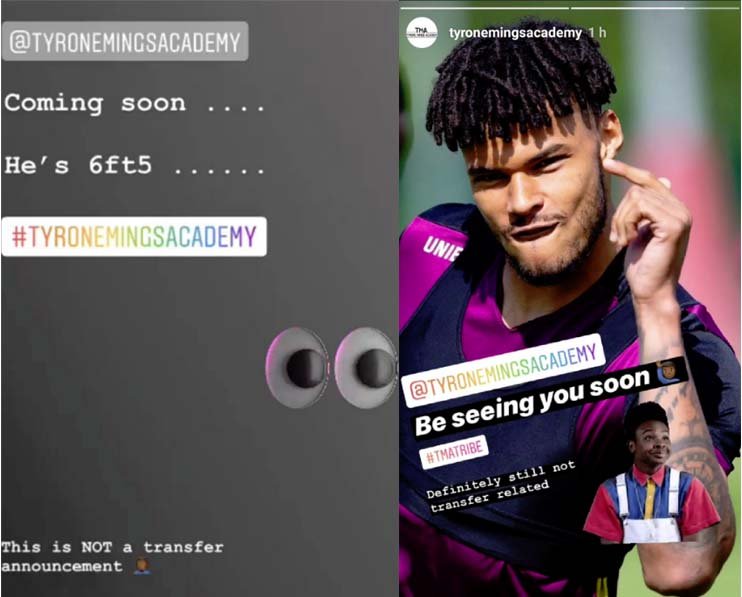 With most realising it was a promotion for his Academy, some didn’t and Mings attempted to clarify things a little and pointed out that ‘Announce Mings’ really wasn’t Villa related.

Because the posts were announcing I was attending the academy but due to the ‘announce mings’ dm’s the academy was getting, the staff thought it was best to clarify

Isn’t the transfer window a joy!

Most villa fans understand it's not completely in your hands. We know where you want to be. It will happen just give the guy a break and stop stalking him.

It’s embarrassing for Tyrone having to post explanations like this. Can we not just leave him be and stop stalking him. He wants to join villa and villa want him it will get done. Let him enjoy his time off for now

Do as you please lad. If you don’t sign, still an absolute hero that I didn’t know about before hand. If you don’t I’ll follow your career and support regardless. It’s just a game after all.

No patience some fans, enjoy your break .

Yo just leave the poor guy alone, he's getting 'announce mings' on everything 24/7. Just wait and give it time.

How do we know @AVFCOfficial has even put a bid in for him? Let the man enjoy his break. Tons of time left to do business.

Tyrone mings has #Avfc on strings. Love you boss #afcb

On behalf of all the sensible villa fans, please accept and send on our apologies to the academy. They shouldn’t have to deal with this silliness. Enjoy the rest of your break.