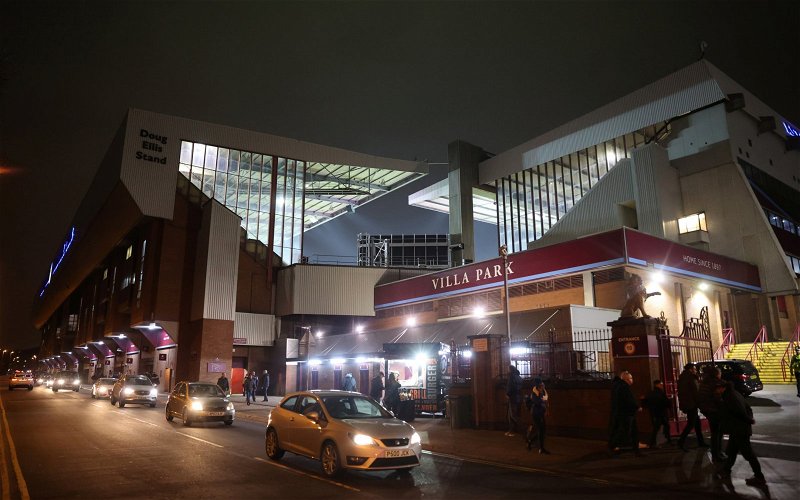 With the March international break firmly in the rearview, it’s time to focus on proper football again and Aston Villa. Nobody should be making any April 1st joke about recent England performances but undoubtedly some of our youngsters have been making the most of their spells out on loan during the 2020/21 campaign.

With Villa further bolstering our backroom staff this week with the appointments of Adam Henshall (Head of Emerging Talent & Loans) and former Academy coach Mile Jedinak (Loan Player Development Coach), clearly NSWE continue to have a huge focus on our future generations, so with two months remaining in the current campaign, I can only imagine plenty of questions are being asked about who gets a chance to step up to a higher level next year and, as is the nature of the youth beast, who do we let go with our best wishes.

Thankfully, those are questions I don’t have to answer.

We’re into April, here’s how folks are getting on.

Jack Clarke was the first out and he headed to Yeovil Town for a season long spell in the National League. The 22-year-old midfielder made his full debut for The Glovers back on October 3 as they got their league campaign underway and he made two starts with one substitute showing. With a lack of game time, he was recalled in January and he headed back out to fellow National League side Chesterfield. He made his debut against Notts County back in late February, and now has four starts and four substitute showings to his name.

Indiana Vassilev was the next out and he went to locals Burton Albion also on a season long loan. Having long kicked off their League One campaign, the young striker began to build on his six senior substitute showings for us, adding eight starts and four substitute appearances to his name. Following a change of manager the 20-year-old American was recalled, and instead headed out to League Two side Cheltenham Town. He made his debut as a substitute at the end of January and now has ten substitute appearances to his name.

Technically, Mbwana Samatta headed out on loan to Turkish side Fenerbahce, but with an obligated buy clause in place, I haven’t followed his progress closely. Given it’s April, he has 12 starts, 11 substitute showings and he’s returned four goals so far.

Cameron Archer headed out locally and he went to Solihull Moors on a deal that expired on January 3. He made his substitute bow in their opener against Woking as he came on as a 59th minute substitute and he made his full debut in the following game against Wrexham. During the spell he made 12 appearances in total, returning five goals across all competitions.

The Moors have now extended this deal until the end of the campaign and he’s since added another seven appearances to his totals, plus a further goal.

Lewis Brunt returned to Gloucester City on a three month spell (he was with them in the second half of last season). The 19-year-old agreed the move whilst recovering from an injury, so he didn’t join up with them until the end of October. I believe he made his debut at the end of November against Farsley Celtic, and he racked up seven starts and one substitute appearance. He opened his goalscoring account against Leamington but he’s now returned to us following injury.

19-year-old Tyreik Wright joined the list in January as he headed to Walsall for the remainder of the year. He made his full debut for them in their 3-1 victory over Port Vale and now has six starts and two substitute appearances to his name.

Lovre Kalinic’s loan spell back with former club Hadjuk Split had been known for a while, but he had to wait until mid-January for the start of their season, and he’s now featured eight times for them.

Dominic Revan was the next youngster to head out for game time, and he travelled to another National League side, this time Weymouth. He now has 14 starting appearances to his name.

Callum Rowe was the next out and he too has a chance for National League North football with Hereford. I believe he made his full debut in their FA Trophy fourth round tie with Stamford and given their limited season, he now has two appearances to his name.

Conor Hourihane wanted game time, and he got it with a temporary switch to Swansea. Having made his debut for them against Nottingham Forest, he has now made 13 starting appearances with two further showings from the bench. He also now has five goals to his name.

Fred Guilbert was a late switch out and he headed back to Ligue 1 to spend the second half of the year with Strasbourg. He’s now made six appearances, grabbed his first assist against Lille and returned his first goal in their victory over Monaco.