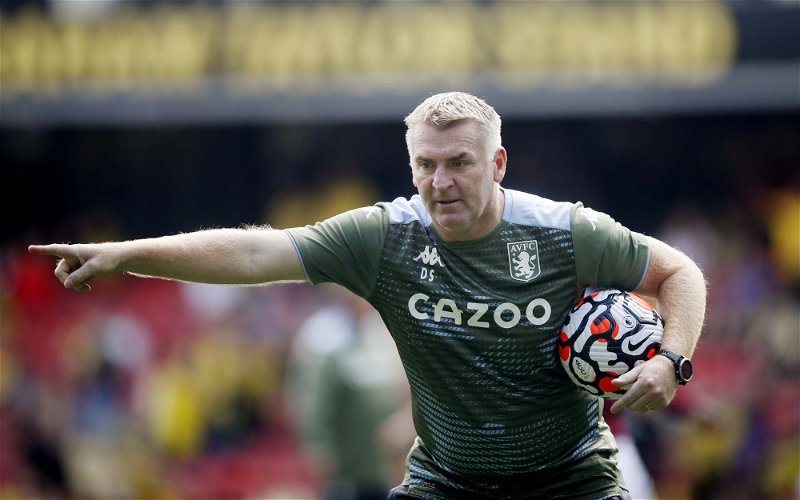 Aston Villa may well have chosen not to add to the playing staff as deadline day slammed to a disappointing close, but on Wednesday morning we did announce one new arrival – First Team Coach, Aaron Danks.

Aston Villa is delighted to announce the appointment of Aaron Danks as First Team Coach.

He joins us from Belgian side Anderlecht where he served as Vincent Kompany’s assistant and while he might not be a familiar name, he spent five years working with The Football Association, operating across a number of our youth sides in the role of Lead Offensive Specialist Coach and he was part of the squad staff that oversaw the Under 20’s side lift the World Cup in 2017.

Prior to his spell with the ‘Three Lions’, he worked with our near neighbours West Bromwich Albion for eleven years working his way up in their Academy from the U12 age group.

Given so few of us know anything about the lad, here’s a good piece on his background, but I will warn you it’s a lengthy watch.

Or alternatively, a bit of tippy tappy put into practice.

Welcome to the club Aaron, with all of us happy we are moving away from ‘get it to’, his experience in this area overall (even if not particularly first team level) could be massive in helping us to click far quicker moving forward – and then in the years ahead.

Particularly when you think of our youth focus, as I imagine he will have input at all levels to one degree or another so we further strengthen that pathway and ‘ethos’ as players develop through the ranks.

That was one element that didn’t go unnoticed, although plenty of others weren’t pleased given we failed to add to the squad itself.

Have faith folks, after all, that was all we had for a long time prior to NSWE’s arrival and they’ve earnt a bit of leeway, even if the transfer market feels like a bit of a missed trick to make quicker, greater strides.

Like they have some kind of long term plan or something 👀

You lot are so negative I’m 63 yrs old the club has never been in better hands building for the future one of the best run clubs in the country, financially secure. Get behind the club & praise the work they’re doing. The new coach is just part of that process #AVFC #UTV

Wow we kept our attacking youth and brought in a attacking coach with youth experience. It’s as if the club has a plan

This is good news. Looks like Aston Villa is undergoing a top to bottom makeover. This fits in perfectly with improvements made at training centre. 👌🏿 Only problem is the benefits of this change will not be noticeable in short term. Dean Smith, Lange and NSWE I trust. The squad🤨

People don't understand how good a signing this could be

I really like the foresight to announce this today and not yesterday. If announced on transfer day you know the reception it would get. Everything we are doing seems to be thought through it is great to see.

AND THEY SAID THE WINDOW WAS SHUT.