As The Season Nears The End & FFP Is Back In The Headlines, Should Fans Be Getting Twitchy Again 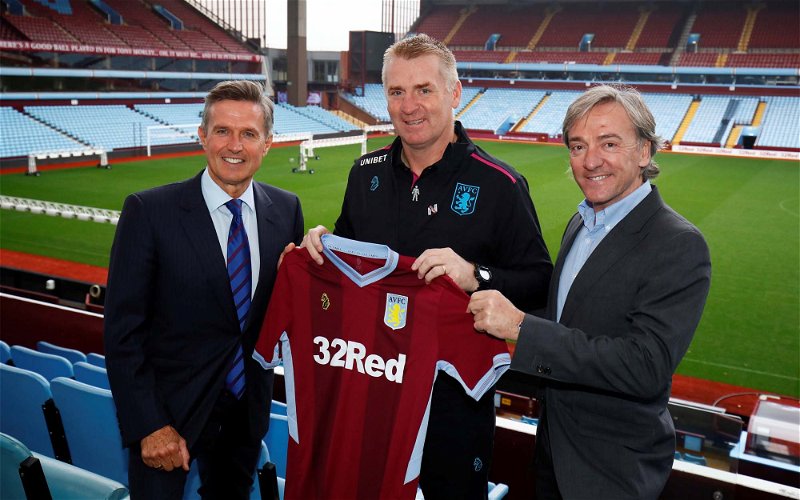 With Aston Villa’s return to the Premier League for the 2019/20 campaign, there are certainly plenty of hot topics to discuss – whether that be the remarkable winning run to secure Play-Off promotion in the first place (and whether we can repeat it in the second half of the year to ensure survival), or our summer dealings (and now January captures) and the ongoing topic of Financial Fair Play (Profit & Sustainability) is never too far behind.

Chief Executive Officer Christian Purslow recently had his say on the year so far and the progress made on and off the pitch since our summer rebuild, and it’s fair to say he’ll have as many in disagreement as agreement on the steps he feels we’ve made, as naturally, fans want to see us punching far higher up the table.

Looking more closely at our January dealings, our transfer forum thread was littered with FFP references when it came to what we could spend, and then thinking worst case, what could we spend without it biting next year if we were relegated.

Now we clearly had wriggle room and we could’ve spent more in my humble – but I can accept we were at least nearing our limit for the year where on relegation, one sale (Jack) may not get us out of trouble and we might have been looking at McGinn or Mings as well – to provide the wriggle room to freshen the group up further for a proper charge on promotion again.

FFP - Have We Done The Right Thing This Year?

When it comes to FFP, numbers are always guesswork and we again saw plenty of ‘doom and gloom’ media reporting, but we’ve become used to that in recent years and like usual – it’s all speculation based to suit an emotive headline and has been largely based around the media’s push for Jack to go to Manchester United as soon as the rags can sell him from under us.

I find that fair comment on the reports that have done the rounds, as few of them ever try and establish the difference between the requirements in the Premier League compared to the EFL and the limit differences applicable to both (the daft ones simply rehashing content with utterly no knowledge of the regs have at points even stated the PL is tighter than the EFL and that’s a more ridiculous claim than Andy Carroll was ever worth £50million!), and they certainly don’t even delve down into the wage growth stipulations at play – and it’s absolutely inconceivable that our summer/New Year arrivals are as big a drain on our wage structure (even allowing for PL football) as those we let leave as free agents last summer.

Notwithstanding that, they don’t even factor in that we didn’t breach FFP for the last 3yr period owing to the sale of Villa Park to our owners (despite their earlier impending claims), so even though we have big numbers still available for two of the previous three year assessment – it’s logical to think that the Stadium sale leaves us in profit already – so as long as 2019/20 doesn’t register a massive debt compared to incoming revenue….we are absolutely fine, especially if we stay up.

Give us feedback
Next ›