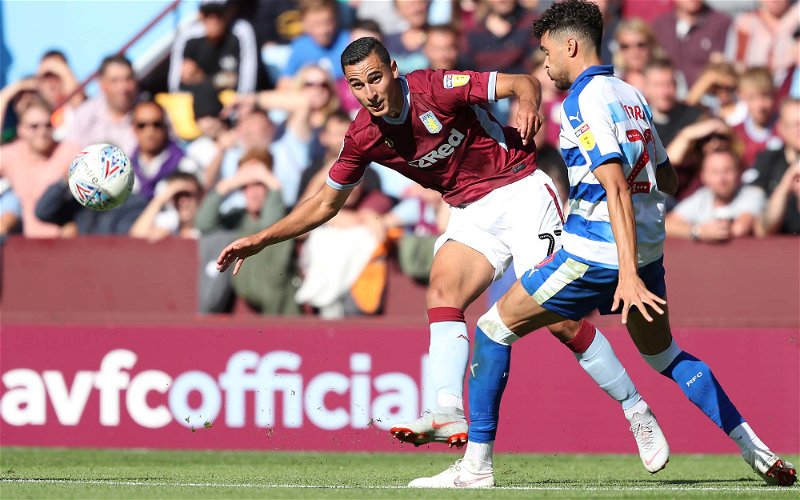 Despite Aston Villa tasting disappointment after our performance against Reading saw us only take one point from the game and not all three as they won a late penalty to level the scores up, Anwar El Ghazi certainly excited the faithful with his debut on the day.

Having signed earlier in the week on a loan to buy deal from French side Lille, the 23-year-old Dutch winger was handed his first start and he more than played his part in almost helping us to victory as he delivered the cross that Ahmed Elmohamady converted to register a first assist.

Having impressed many with his performance across the game before manager Steve Bruce replaced him for Albert Adomah in the 67th minute, the player took to social media himself following the game to give his own impressions of the match and the Villa Park experience.

Happy with my first game today. Unbelievable feeling playing at Villa Park. The crowd was amazing. Too bad we couldn't keep the 3 points but we will keep working and won't ever give up.

It’s fair to say his words went over incredibly well with fans who took the positives from the game.

Best player on the pitch today, struggled when you went off, showed glimpses of what we need ????????

Impressed with your debut Anwar, don’t dwell over the lost 2 points, I didn’t believe it was a penalty! Onto the next championship game and 3 points UTV #AVFC ????

You have won us fans over already

As good a debut, I've seen for a while, we can do this, UTV

Certainly, a bright start and he should only improve further once he settles at the club and builds up his understanding with the other players. Great start and now the challenge is to keep it going.