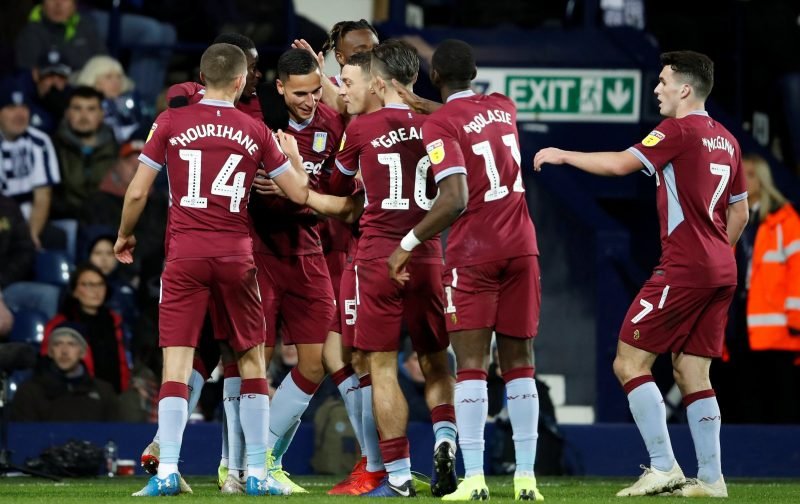 Aston Villa meet Derby County in the Championship Play-Off Final at Wembley on Monday hoping to secure a place top flight for the first time since 2016.

Villa are aiming for redemption at the national stadium, after missing out on promotion to the Premier League in last year’s final against Fulham in controversial fashion.

Tom Cairney’s 23rd minute goal proved to be the difference between the two sides, but Villa’s hopes of success were hindered by some poor decisions by the officials.

Ryan Fredericks should have been sent off before the half-hour mark after landing studs first on Jack Grealish’s leg, while referee Anthony Taylor saw fit to wave away several penalty appeals.
Much like the last Grand National runners endured, Villa’s season has been something of a roller-coaster ride.

A run of one win in 10 matches saw the end of Steve Bruce’s time as manager and his replacement, Dean Smith, took a while to get things moving in the right direction.

However, the 48-year-old has sparked a resurgence that has restored pride around Villa Park and given the fans hope that a brighter future lies ahead.

Smith made history at the club he supports after guiding them to 10 wins in a row earlier this year and that run proved to be the key to his side finishing in the top six.

Villa beat West Bromwich Albion on penalties to get to Wembley, with goalkeeper Jed Steer making two crucial saves during the shoot-out.

Smith’s players will head into the game confident they can beat Derby, having beaten their Midlands rivals by an aggregate score of 7-0 during the regular season.

The Villa boss has brought the best out of a squad which struggled to produce the form many people thought they were capable of under Bruce.

Tyrone Mings has been a superb addition at the back, providing the platform for Villa’s improvement during the second half of the season since since joining on loan from Bournemouth in January.

Glenn Whelan, Conor Hourihane and John McGinn are amongst an impressive batch of midfielders, while Grealish has shone under Smith.

Derby can certainly be expected to provide stiff opposition at Wembley, particularly if they can reproduce the form they showed in the second leg of their semi-final against Leeds United.

The Rams produced a superb fightback at Elland Road to secure a 4-3 aggregate success and it would be unwise to totally write off their chances.

However, Villa’s team appears to possess more quality and they are strongly fancied to win promotion back to the Premier League.