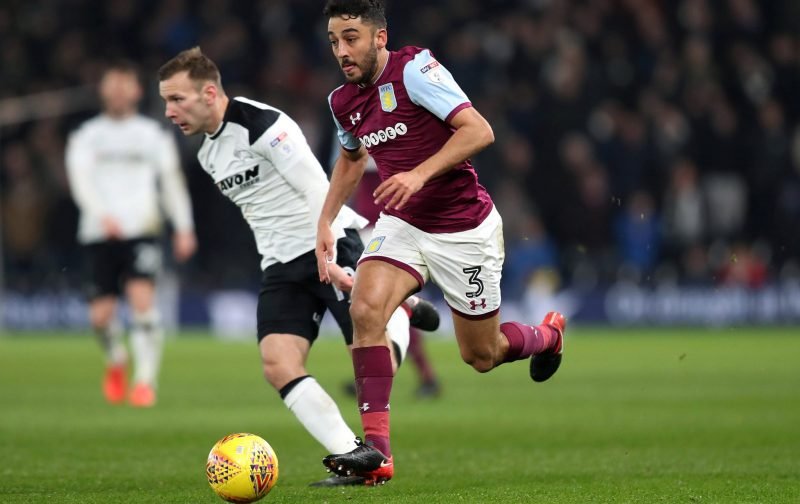 Dean Smith confirmed after Friday’s 2-2 draw with West Bromwich Albion that Neil Taylor had picked up a hamstring injury which forced him to come off the pitch. The left-back was replaced by Ahmed Elmohamady in the 52nd minute and is now a doubt ahead of Saturday’s meeting with Stoke City.

Smith said on Taylor: “Tayls felt his hamstring, so he’ll have to have some treatment on that now for the next couple of weeks, I would have thought. It’s too early to assess, but it seems a hamstring (injury)”. Taylor’s absence leaves Smith with a selection headache, as Villa have no natural replacement at left-back.

Alan Hutton can operate on the left and Elmohamady on the right as his replacement. James Bree might find himself back in the matchday squad as cover for the fullbacks, but nothing is certain just yet. A left-back should be a priority in January, however, as Taylor has only started 12 league games from a possible 21, so Villa have needed more depth at left-back.

Saturday’s Stoke clash could be a tricky affair, with the Potters boasting nine points from their last five away games in the Championship. They could go ahead Villa in the table with a win over the weekend too. If Taylor doesn’t return in time to face City, Smith will be forced to play square pegs in round holes until he can strengthen the defence in the transfer window.