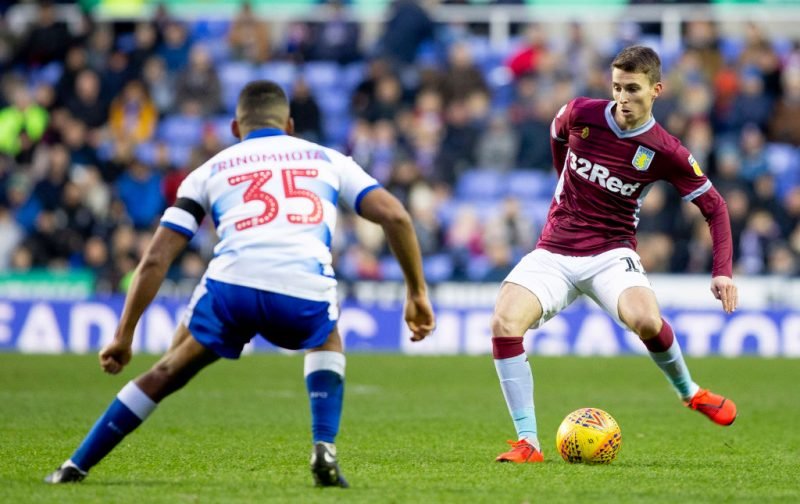 Tom Carroll has been ruled out of Aston Villa’s Midlands derby clash with West Bromwich Albion, with Dean Smith revealing in his pre-match press conference that Saturday afternoon’s meeting “will come too early” for the injured midfielder.

When asked about player availability, Smith replied: “The game will come too early for Tom Carroll.” The 26-year-old has been sidelined for two weeks due to a muscle injury. He hasn’t featured since making his debut for Villa against Reading on February 2.

Villa’s official website says Smith is hoping that Carroll will return to training next week, so he should be in contention of featuring against Stoke City in seven days’ time. The former England u21 international was a late arrival on deadline day last month, but fans haven’t seen much of him so far.

Since joining on loan from Swansea City, Carroll has racked up only 16 minutes of playing time. The Midlands outfit won’t be short of midfield options against West Brom, however, with Smith likely to name Birkir Bjarnason and Mile Jedinak in the matchday squad.

Conor Hourihane should start alongside John McGinn and Glenn Whelan in midfield. A win for Villa could see them move within four points of the playoffs if results go their way.