“At least Villa get an nice, easy away draw against a lower club” – Carabao Cup Round Three opponents revealed 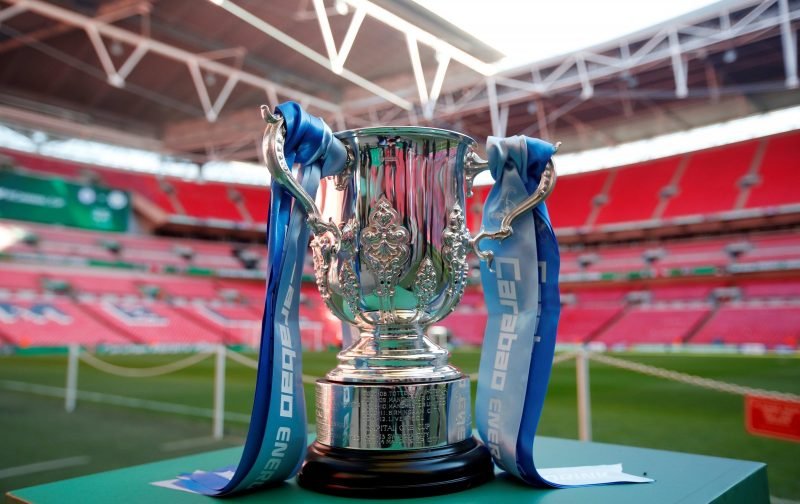 Following Villa’s emphatic 6-1 victory at Crewe on Tuesday evening, our opponents in the Third Round have been confirmed as fellow Premier League side Brighton and Hove Albion.

The tie will take place at the Amex Stadium in the week commencing 23rd September, subject to TV scheduling for that particular round. But with Villa away to Arsenal on Sunday 22nd, the likelihood is that the match will be played on Wednesday 25th September.

Our #CarabaoCup Third Round tie has been confirmed. ????#AVFC pic.twitter.com/afyyKklQjj

We’ve faced The Seagulls before in the FA Cup back in 1955, but this will be the first time the two sides have met in this cup competition. The last time we played Brighton in any competition was back in May 2017 as they celebrated their promotion to the Premier League, while our last trip to the Amex was in November 2016, with Glenn Murray cancelling out Nathan Baker’s opening goal in a 1-1 draw.

One Brighton fan took to Twitter to express relief at having drawn Villa, while another looked forward to welcoming the Claret and Blue Army to whip up some atmosphere:

Not too bothered about the draw. Should be an easy win against an irrelevant club with no history like Villa. Onto the next round UTA ????⚪ #bhafc #avfc

Actually happy to be playing #avfc we won’t care about the cup and I hope villa bring a lot down so we can have some atmosphere, really not bothered what the score is, probably 11 changes for this game too #bhafc

Villa fans weren’t overly concerned by the draw, although one did speculate on some sleight of hand by Andy Hinchcliffe and Don Goodman in picking the only all-Premier League tie:

As a villa fan living in Brighton that has to be the best draw, at least villa get a nice easy away draw against a lower club#avfc #utv #bhafc

Love how all the Premier League teams have been separated except us v Brighton ???? #avfc #CarabaoCup

The full Third Round draw is as follows:

For anyone looking to book coach travel down to the Amex…