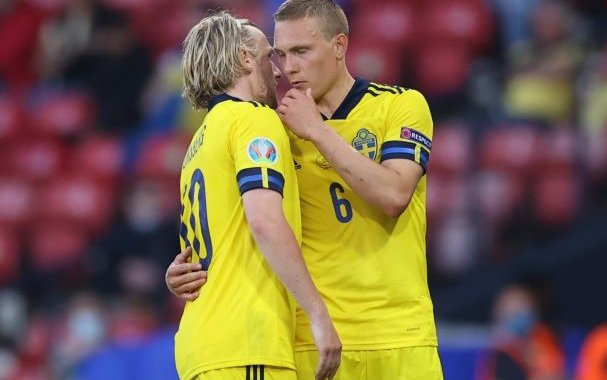 With plenty of speculation linking Aston Villa with a potential loan move for Sevilla left back Ludwig Augustinsson in the last few days, earlier this evening the club confirmed he had now joined us for the 2022/23 domestic campaign.

Aston Villa can confirm the club has reached an agreement with Sevilla FC for the season-long loan of Ludwig Augustinsson.

The 28-year-old fullback has been capped by Sweden 46 times at international level and having come through IF Brommapojkarna’s academy, he’s gone to make well over 250 appearances for club like IFK Gothenburg, Copenhagen and Werder Bremen, and he makes the loan switch to us after a year at Sevilla where he made 27 appearances in total across all competitions – including their Champions League and Europa League runs.

Although unconfirmed by Villa themselves, some press are stating we have a buy option in place for around the 4.5 million Euro mark, but he does now join up with whilst we wait on the outcome of his work permit application, which should not really be an issue.

I imagine I’m like most fans here, I don’t even recognise his name but presumably he comes in as experienced back up for Lucas Digne, which means we could potentially now see Ben Chrisene and maybe even Kaine Kesler-Hayden head out on loan for more experience when you factor in Ashley Young’s 12 month extension.

So for those who haven’t seen him in action before – here’s an always reliable highlight reel on YouTube.