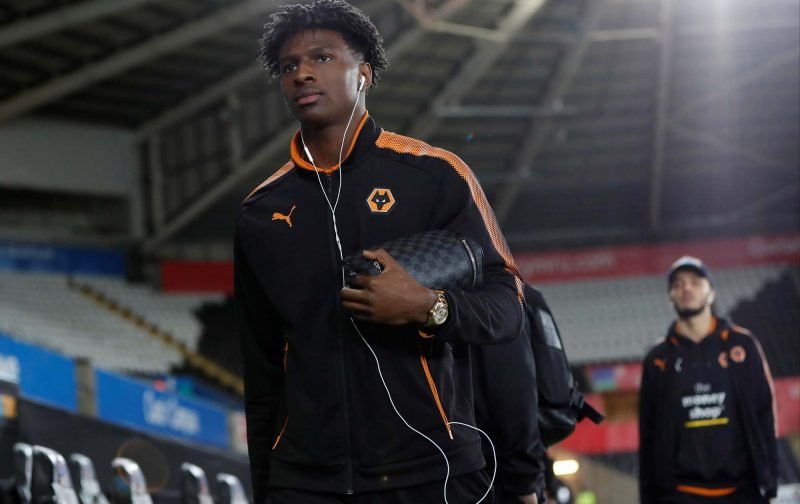 Aston Villa suffering a 3-0 defeat to Wigan Athletic was bad enough for supporters to bear, but the performance of debutant Kortney Hause tipped them over the edge.

With Dean Smith having a defensive crisis, he brought the Wolverhampton Wanderers centre-back to Villa Park on loan and brought him off the bench after the hour mark on Saturday.

Hause struggled, however, and gave a bad first impression to fans who weren’t shy about voicing their criticism on social media. The 23-year-old looked nervy on his debut and fail to showcase exactly why Smith opted to sign him.

Hause was bloody awful! I’d send him back to Wolves now

I though Wolves trying to sway Abraham was there real attempt at screwing us over. It turns out, giving us Hause was the real plan all along.

And a quick shout-out to Kourtney Hause who made the worst debut I’ve ever seen in my years as a Villa fan. Absolutely killed our build-up play. Tried to be fancy as a CB and was dispossessed at least 4 times in our first third of the pitch. Could not pick a pass either.

Prior to his arrival at Villa Park, the centre-back made 80 appearances for Wolves in all competitions. He struggled for minutes this season, however, spending most of the campaign on the bench or outside of the matchday squad.

Smith now has James Chester, Axel Tuanzebe, Tommy Elphick and Hause to choose from in the defence, but Saturday’s performance won’t have done the latter any favours. Hause completed only 64% of his 22 passes and won just one aerial duel in his 30 minutes on the pitch.

Villa next welcome Hull City to Villa Park on January 19. Victory could see them go within two points of the playoffs if the results go their way.

Opinion: Manager snub could be the final straw for Aston Villa outcast