Back To His Best – McGinn Up For A November Double 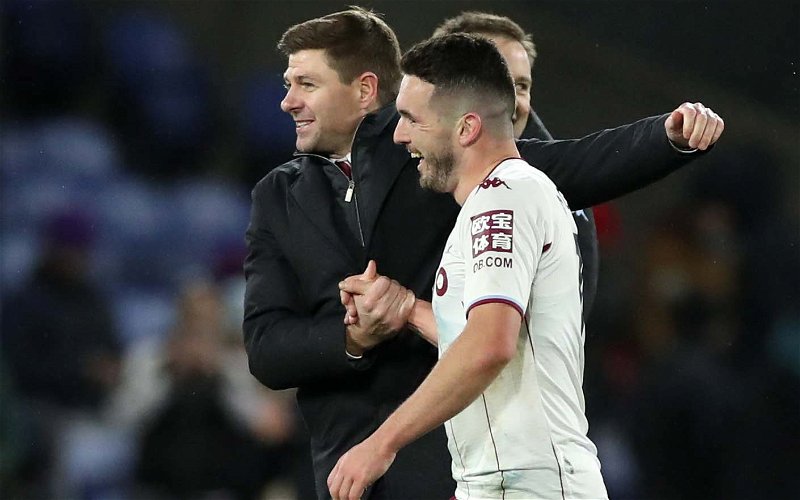 Aston Villa’s favourite Meatball has been recognised for his performances across the month of November, and John McGinn finds himself shortlisted for the Premier League Player of the Month gong.

Super @JMcGinn7 has been nominated for the Premier League's Player of the Month award for November! 🔥

The 27-year-old Scottish international midfielder has played every minute in matches against Southampton, Brighton and Hove Albion and Crystal Palace, and our vice-skipper is definitely one of those players that has reacted very positively following the arrival of new head coach Steven Gerrard.

McGinn is up against Trent Alexander-Arnold, Joao Cancelo, Diogo Jota, Emmanuel Dennis and Bernardo Silva for the award. The winner be announced at 11am on Friday, December 10 and voting closes at midday on Monday (December 6). To place your vote for Meatball please Click Here.

Villans will remember McGinn’s winning curler against Crystal Palace, and that has also been recognised as he’s up for November’s Goal of the Month award as well.

𝗝𝗠𝟳 has also been nominated for the Premier League's Goal of the Month award for November! 😍 pic.twitter.com/GDcV6DsE8X

To see the goals, and place your vote for McGinn please Click Here.

Voting for this one closes at midday on Monday.