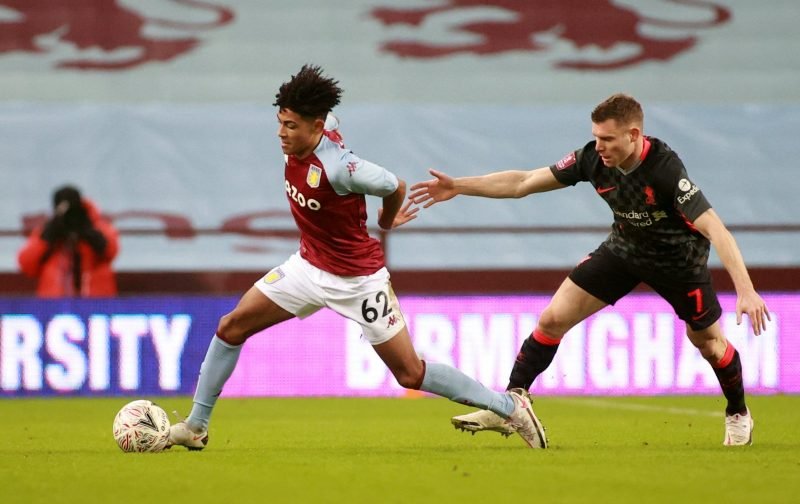 Back at the beginning of August, Aston Villa confirmed that highly rated young right back Kaine Kesler Hayden had headed out of the club and made the switch to League Two side Swindon Town.

This would be the 18-year-olds first real taste of professional football having come through our ranks, but his involvement in our U23 squad, as well as the experience gained from skippering our U18’s to the FA Youth Cup last season cannot be forgotten.

Neither can the small matter of an EFL Trophy appearance for our U21 group, nor a certain FA Cup game last January where he was very impressive in his senior debut for us against Jurgen Klopp’s Liverpool side.

League Two will be a test for the lad, but it’s all about learning and developing and it looks like he’s going to have a cracking spell, as he made his debut for them on Saturday and helped them to an opening day 3-1 victory over Scunthorpe United at Glanford Park.

Swindon were trailing 1-0 until Hayden thought he’d introduce himself properly to the fans by doing this.

What a start #3points💪🏽 pic.twitter.com/VzU8MIEOLb

Securing the penalty, he helped secure their equaliser and they were on their way to all three points. Sadly he was substituted with ten minutes remaining on the clock with an injury, but hopefully that won’t prove to be too bad as it was a good debut and he’s already winning the plaudits. I also hadn’t realised but he has a semi-familiar face at Swindon to help him settle in as former Academy graduate Harry McKirdy joined them this summer as well.

Best in the league

What a performance. Hope injury isn't too bad.

What a player, well done that man and welcome to the Robinoos 🇦🇺🇦🇺

Quality debut performance Kaine, hope the knocks not to bad, great to have you with us

What a debut mate way too saucy on that right