In an interesting post on the Forum, main man The Fear questioned the ambition of the club (and indeed the fans) with our perceived obsession with small-time thinking and an ongoing refusal to acknowledge and take advantage of our highly decorated history and our place among the greats of English and European football.

A social media post illustrated how Aston Villa have accumulated the fifth-highest points total in the history of the English top-flight: 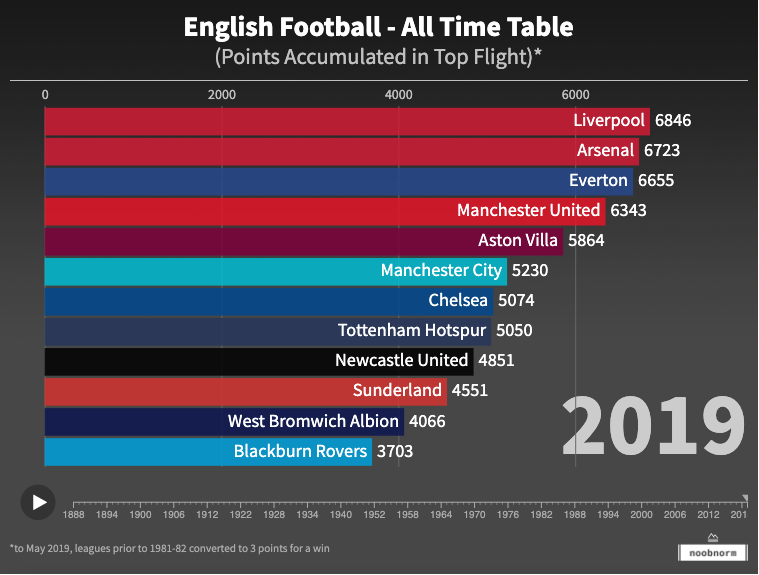 and The Fear lamented why we seem happy to settle for mediocrity, particularly in terms of our managerial appointments. “This is a great illustration why I get so angry when people talk Aston Villa down. Even on here it happens. Comparing us to Burnley, or Bournemouth, even Leicester.

We continually, and have for decades, brought in middle of the road managers. Even now, why with so much money did we not get a manager with a top pedigree, if the ambition is to get us back to the top? Instead, we have another (Villa fan and top bloke aside) learning on the job. That isn’t ambition. Neither is buying young players who will have a sell-on value really.

We’ve seldom acted like we should be, as a big club. Big club, massive potential, nowhere near acting like it though and that is, as said, for decades and was the reason for the Ellis protests all those years back. Since then, we’ve had massive money, just not the right decisions.”

It’s hard to disagree with the general thrust of that – we ARE a big club, as the titles, cups and consistently large attendances will testify. The fact remains that we have failed to capitalise on our rich history and standing within the game, through a succession of owners and managers who have failed to ensure that we remain among the elite.