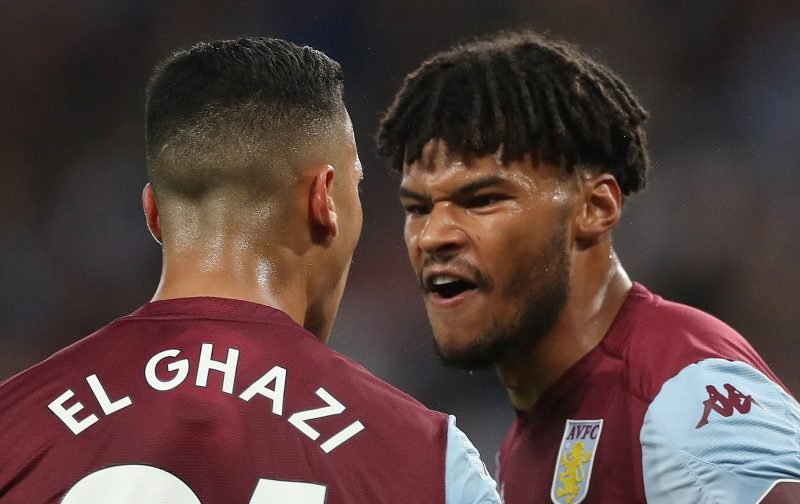 There was certainly plenty to talk about from Aston Villa’s Premier League clash with West Ham United on Monday evening at Villa Park, few fans ahead of kick-off would’ve expected a momentary set of handbags between Tyrone Mings and Anwar El Ghazi to be up for debate.

In a game we should’ve won given the chances we created, and with how well we nullified their attack, the main topic after the match was the, unfortunately, ‘heat of the moment’ coming together between our two permanent summer arrivals.

The video is pretty innocuous really and we’ve all seen far worse on a football pitch, but it was still referred to the Video Assistant Referee technology but thankfully they didn’t see anything else in the coming together of heads.

Reacting to the incident on social media, fans certainly had wide-ranging and contradictory responses to the moment of madness. As a one-off its passion, leadership and it happens, it can only be a one-off though for me.

Absolutely. Bit embarrassing tbh, save it for the locker room at least. It nearly led to a penalty, even though NOBLE ???? dived!

Oh come on! Nothing embarrassing about it. Shows how passionate Mings is to not concede and shepherding that defence.

Got a lot of time for that. Handbags at dawn but good to see real passion. Demanding more from your team mates as a dressing room. Healthy #avfc

El Ghazi wasn’t tracking back! He didn’t track back multiple times so Mings said something, quite rightly to. He’s shown leadership and el ghazi lost his head

Shows they are winners and care. We just need to have that little bit of calmness and composure though

Not good but in my opinion nice to see some passion in the villa shirt! Not like lescott, bacuna and co they couldn’t give a monkeys for the shirt in 15/16 ????

Horrible to see. Had a negative impact on the game too, as the rest of the villa squad looked a bit shocked & confused. Hope DS has called them to the Managers office this morning…..