“Bump In The Road” But “Nothing’s Going To Get In The Way” – Meatball Reiterates Villa’s Ultimate Aim, Failure Is Not An Option 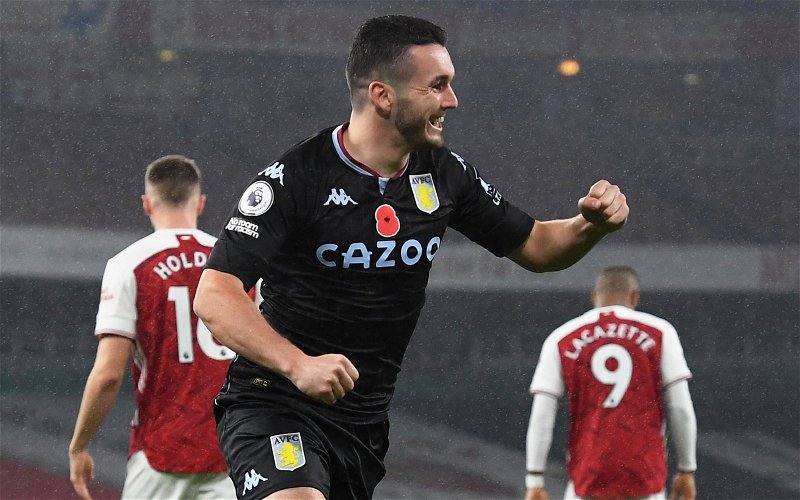 Aston Villa have undoubtedly made some solid captures this summer as we prepare for our third year back in the Premier League and progress is again the watchword as we look to build on our eleventh placed finish.

The signings of Emi Buendia, Ashley Young, Danny Ings, Leon Bailey and on loan Axel Tuanzebe have on paper significantly improved the strength and depth of the group, with the only real question mark surrounding Bailey as he will need time to settle in and adjust.

For all those improvements though (and the improvements we can expect from last summers’ signings now they are better adjusted), the fly in the soup was Manchester City’s £100million capture of Jack Grealish and this has led fans to wonder whether simple consolidation in and around midtable would be a success as we make the transition.

That isn’t good enough for head coach Dean Smith and it’s clearly not good enough for Scottish international midfielder John McGinn, who described the departure of ‘shall not be named twice’ as ‘a bump in the road’ but insisted players had to step up in a way they failed to last season, because ultimately if they can’t get us to where the owners want to be, they will be out the door.

“It’s an amazing time. When I signed the plan and vision for the club was made clear to me. We’ve got two of the best and most successful owners in European football at the moment with Nasser and Wes and they’ve got an aim and ambition to get this club back in European football and nothing’s going to get in the way. For us in the dressing room it’s amazing to see that knowing there’s going to be progression every single year. If we don’t improve then we know we’ll be out! It’s a great place to be, bringing in top class players. I think it’s going to be a very interesting season for us. We’re certainly going to be a threat that no team wants to play.”

Hopefully, the players are on board with what Meatball calls for.

“A number of us have to step forward and take on more responsibility. When Jack was out injured last season we didn’t do it enough but we’re certainly more than capable of. We were quite rightly tagged as a one-man team at the end of the season. But like Christian Purslow touched on in his statement, he said he can’t replace Jack with an individual, for example myself, we had to prepare in a number of areas. I feel we have strengthened our squad massively, signings like Leon Bailey, Danny Ings, Emi Buendia who, if you said to me two years ago they’d be my Villa teammates, I’d have probably laughed at you. The progression is clear to see. We’ve hit a little bit of a bump in the road with Jack leaving but we’re excited we’re going to have a really fruitful season. We’ll certainly have our goals and assists more spread out.”

The jury might be out on the year in terms of proper predictions, but if we can hit the ground running this coming Saturday when we face Watford, it’ll give everyone a lift and would set us up very nicely for the games that follow.