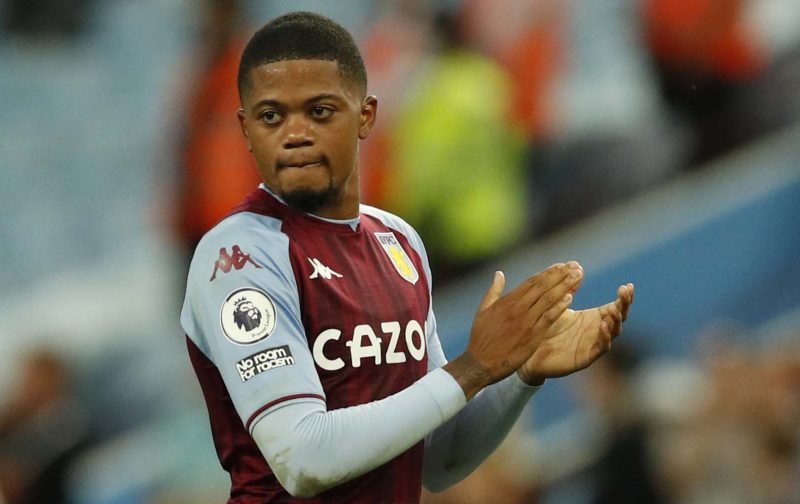 There’s lots that can be said following Aston Villa’s Premier League clash with Everton on Saturday afternoon. Both good and bad given the overall performance, despite the fantastic 3-0 final scoreline.

Please allow me to introduce myself. pic.twitter.com/nv0TmN93nd

But few can deny the whole game changed in the 61st minute following the introduction of summer signing Leon Bailey and if Villans were excited about his cameo against Chelsea, the 24-year-old Jamaican international clearly has everything it takes to succeed here following his run out against Everton.

We just have to hope his substitution was more precautionary following some tightness after his goal as opposed to anything more serious, and watching him celebrate at the final whistle, there’s confidence he’ll be back quick.

Head coach Dean Smith got that substitution spot on, and the gaffer was clearly delighted with his performance as he spoke to the E&S at the final whistle.

“He is one who is going to be a crowd favourite, that is for sure. He has great ability, showed great delivery from a set piece and scored an excellent goal too. He gets bums off seats and that is what supporters at this club want to see.”

Smith’s comments after that showing are pretty obvious, to be honest, but everyone can see how the atmosphere changed in the Match Thread and people heard Villa Park for themselves, so the comments are spot on.

You to me are everything
The fastest thing I’ve ever seen
Oh Bailey. Oh Bailey.

On the left or on the right
Our winger’s f*****g dynamite
Oh Bailey. Oh Bailey.

I think that’s the song I heard walking away from V.P. last night.
Made me smile.
ironside

So much promise, this lad is going to be something special here.