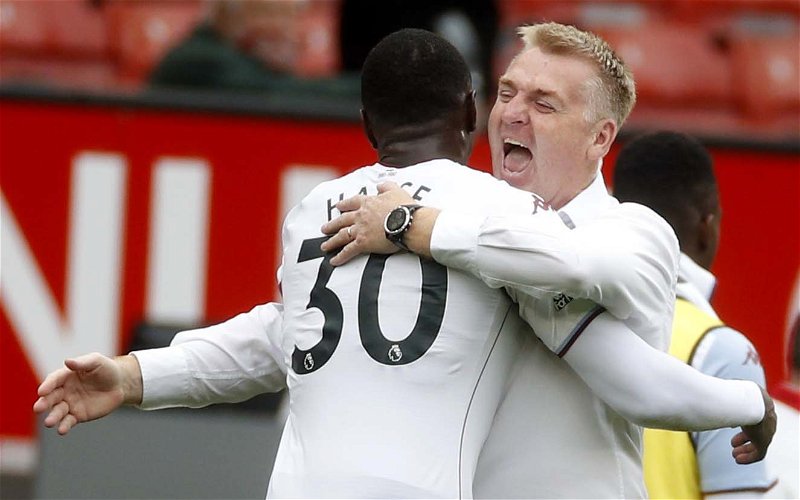 Aston Villa’s signing of highly rated Wolverhampton Wanderers centre half Kortney Hause raised quite a few eyebrows back in January 2019.

Plenty of Wolves fans weren’t happy with the deal as they felt he should be getting more game time with them, but a number of Villans were delighted, seeing us pick up good talent from a local rival on a deal that was basically daylight robbery – a loan deal with a £3million buy clause.

Since then, 26-year-old Hause has in some ways been unlucky with game time as he could’ve quite easily played far more than he has, but against Manchester United at the weekend, he notched up his 50th appearance milestone and, of course, scored our 88th minute winner to take his goalscoring tally to four.

What a way to mark my 50th game for the Villa! Proud of the boys, and always an honour to pull on the shirt.

A monumental victory for us at Old Trafford and the perfect way to celebrate his 50th and Hause clearly knew what it meant as he spoke to the Official Site at the full time whistle.

“It’s a massive win for the team. We’ve come away to Old Trafford against Manchester United and it’s a tough place to come against some big players and a big club. But we’re Aston Villa and we’ve got some great players as well. We knew we could go toe-to-toe with them and we showed that today.”

“I’m just happy we got the three points, and it was deserved. I thought we played really well, stuck to the game plan and had the better chances. I felt it was a deserved win.”

Solid as a rock

Hause, this guy is a class act. He doesn't moan when not always picked but always 100% steps up when called upon. I'm opinion our man of the match. Fearless and brave. Well done!

Honestly hope you keep your place, never put a foot wrong in a villa shirt and today was unreal. It was amazing to be in the away end to witness it! UTV

you can take Ronaldo out ur pocket now lad

Brilliant performance. So much heart to be taken by this
If we keep these performance levels up we can have a cracking season

Well done to you all. Safe trip home #UTV

Well done kortney knew you'd be playing today after your last performance, pen was harsh but our keeper ruined them before they even decided who was taking it, could see the relief after you thought you may of cancelled your own goal out, well played to you and the lads, utv!

Class game and very unfortunate with the penalty. Hopefully you keep your position now as you've been outstanding last 2 games

Make sure you take Cristiano out of your pocket when you get home! 😆 #OurHause #UTV

Once again you have given Dean a big selection call for next week.Brilliant performance as usual.Well done big man UTV

Our Hause 🏠 in the middle of defence 😍 SO happy for you bro!!! Milk it!

Mate I lost my voice when you scored! What a game you had! The fans were unreal today!! #utv #villa #astonvilla pic.twitter.com/2mQGa5hjQ9