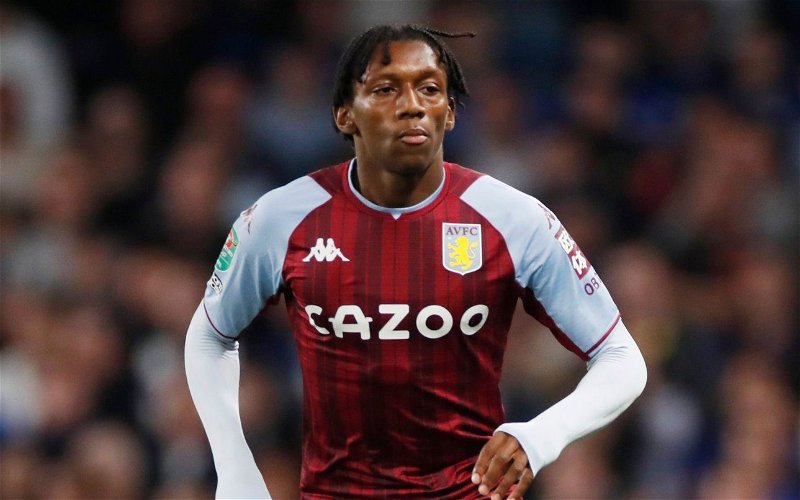 With speculation suggesting that highly rated Academy graduate Jaden Philogene-Bidace would be the next to depart for a maiden loan spell in the professional game, early on Friday afternoon Aston Villa confirmed that an agreement had been struck with Stoke City for the remainder of the 2021/22 campaign.

The 19-year-old winger received his senior bow in the penultimate game of last season, coming on as a substitute against Tottenham Hotspur and he’s slowly kicked on further this campaign, making his debut start in the fantastic 6-0 victory over Barrow in the EFL Cup, as well as adding three further substitute appearances to his name.

With us not strictly employing wingers in a traditional sense, there’s been some talk that Stoke have agreed to use him more as a No 10 at points given they play more of a 352 system, but we’ll have to see how that goes for the England Under 20 international – but it should certainly be an interesting learning curve.

With Stoke sat in eighth place in the Championship table, we can only hope he gets good time and makes a decent impression as plenty continue to have high hopes for the lad.

In amongst the well wishes, plenty are wondering where he’ll play.

we’re gonna play him in a number 10 role apparently, could also switch up the system as it hasn’t worked during home games

I'll be interested to see how he does, never really seen him as a 10 but he has all the talent in the world to shine in that position. Whether he can find space and deal with the physical side of it will be the test.

But can he do it on a Tuesday night in Stoke?

About to find out! Good luck and come back and give Phil and Emi a run for their money!

Good luck Jaden!
Work hard.
Take the chances you get.
Grind and bulk up and come back and thake the Prem by storm come September💪

Great move all round 👏👏

Gonna light up the championship