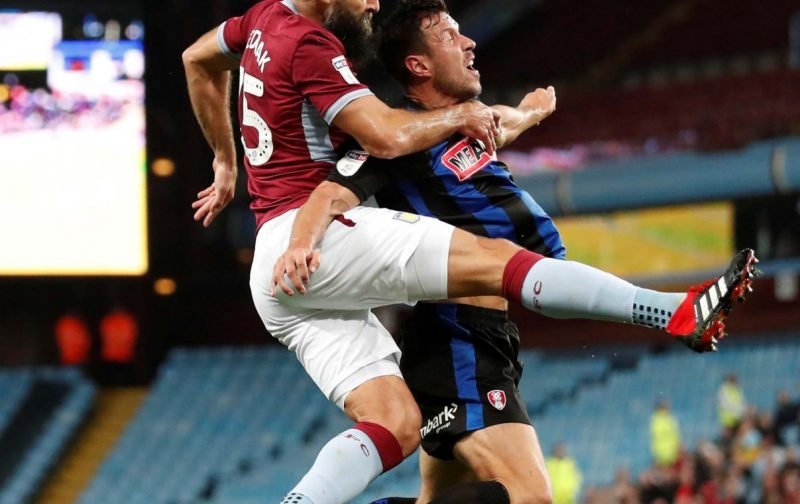 Aston Villa’s fine resurgence in the second half of the 2018/19 campaign under the charge of head coach Dean Smith got a little bit more exciting this week as we booked our place in the Championship Play-Off Final for a second successive year having taken a penalty victory over West Bromwich Albion in the Semi-Final stage.

It was a topsy turvy affair as you’d expect from a game of that magnitude, let alone the derby element it carried, but we won through and that’s all history will remember.

One man who would’ve enjoyed the game was Australian Beard Mile Jedinak.

Having received plenty of criticism as he played out of position in defence at the start of the year, he only made eight appearances for Smith in the second half of the year with injury sidelining him, but he definitely played his part on Tuesday evening.

Coming into the fray from the substitutes bench in the 121st minute, Jedinak made his one touch count, and it was a massive touch as he rifled the ball into the back of the net from 12 yards in the shoot out.

Topping his goal was probably the stare towards the fans after he scored.

In hindsight might of been better off starting him tonight to nullify the inevitable set peice attacks. Great penalty. Not phased one bit. #AVFC

He always takes penalties for Australia and I genuinely can't remember the last time he missed one. Was hoping he would come on and take one because that man doesn't miss. The Australian Iceman. #UTV

The cheek of him was brilliant. Not touched the ball, strolled up buried the penalty and just walks away! Hilarious.

Real professional he is

His celebration was the moment of the season – absolutely brilliant! #avfc

He has been a great servant for us. Has always stepped up for us. Wish him luck in his future.

The look Jedi gave the supporters after converting the peno, Passion, determination, a leader, a proper Pro!