Chris Samuelson A Goner. Or A Never Was?!??! 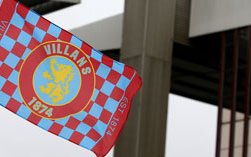 A little bit of confusion over the role that Chris Samuelson did or didn`t play at Aston Villa and/or Recon Group.

I have to say, I`m perfectly happy with the fact it appears he will now have no part to play at Villa (as we already knew as he appeared briefly on AVFC.co.uk and was then removed) or The Recon Group.

You can see the previous article on this here: Director Missing In Action At Aston Villa?

However, the tweets are a bit strange from Xia on it.

No more rumors! Chris and the Socfin helped the takeover and we paid for service. Never was related to Recon! https://t.co/OG2tNskLRg

Chris never officially on board especially with these rumors we won’t make more confusions. Banfill is legal advisor https://t.co/7apW2ipUHV

www.getreading.co.uk show how those at Reading think of the guy in this classic quote:

He was originally named as a director on the club`s website – but his name then vanished, with reports instead claiming he had been appointed as head of Recon Sports LTD – the parent company with an office address registered to Villa Park.

But from what I understand he has now left completely – and it wasn`t his choice. What a shame!

Companies House does show that he was part of Recon BUT this is a formative company so they`ve obviously changed their plans.

A couple of other changes as well:

This could well just be the limited possibility to fully communicate on Twitter (only 140 characters) to be fair. All in all, not in the slightest bit upset that Samuelson isn`t involved.