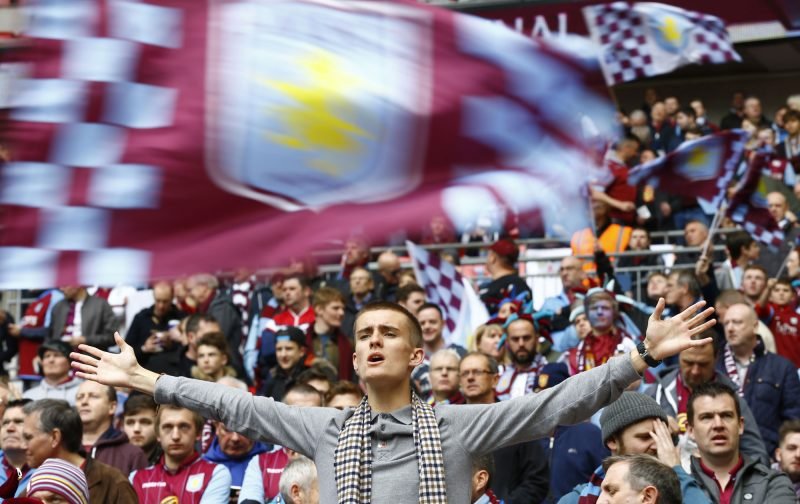 One fan will be flying in all the way from Australia just to see the playoff final on Saturday.

A friend shared a message on Twitter detailing how the supporter will fly out from Down Under on Thursday, before returning on Sunday after the match at Wembley:

Fans on Twitter were quick to praise the fan for his commitment to the cause:

Can any body beat that ? I doubt it top top fan #utv Wembley Wembley

Just waiting for all those ‘die hard’ fans to criticise him for only coming to the big games ???? ‘why aren’t you there every week?’ Fair play to him!

With Fans like that making up our 12th Man we should be Victorious.
Trust in Brucie and Co. they will be prepared and UP for this One.
UTV.
Rob Elshout.
South Derbyshire.

Fair play ???? makes me ✈ flying back early from benidorm to London look nothing lol ???? COYVBS near and far #AVFC

I’m coming over from Melbourne ???? no way would I miss this game #utv #avfc

The demand for tickets for the final has been quite astonishing really. Some reports suggest that there will be a large contingent of our supporters in the Fulham sections, in addition to the 38,000 allocation, which we have sold out already.

The players will certainly be getting all the backing they need to get a win, and hopefully, they repay the fans at Wembley who will be coming from far and wide, with a performance that will get us back into the Premier League. We all wish the team the best of luck.