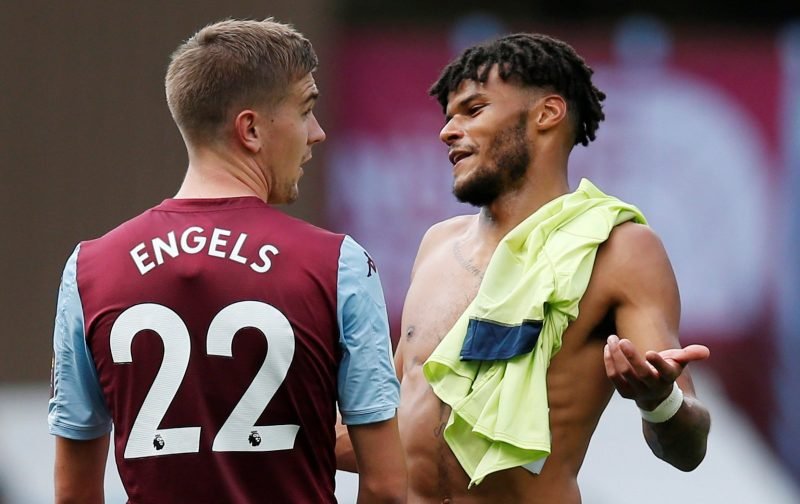 Saturday’s clash between Aston Villa and Liverpool at Villa Park ended in complete frustration and disappointment for the fans as the visitors ended strongly to fight back for a 2-1 victory.

A point was the least we deserved for our overall gutsy and organised defensive display and it was even more gutting given the late nature of their comeback with stoppage time that didn’t exist.

There were plenty of positives to come from the showing though, and for many fans on social media it seems the performance of summer signing Bjorn Engels was one of the positives they picked out. The 25-year-old Belgian had a steady game again alongside Tyrone Mings in the heart of defence and more than played his part in the defensive showing we put in, which actually restricted Liverpool to only six shots on target.

Engels has already come in for plenty of praise across his eleven games so far and for the reported £8million we paid Stade de Reims, he continues to look an absolute bargain.

El ghazi and engels have been unreal!!! #AVFC #AVLLIV

El ghazi and engels have been unreal!!! #AVFC #AVLLIV

Trez much improved but thought @BjornEngels was a rock.

Villa unlucky today ???? Thought @BjornEngels was class! On a side note the ‘steak’ pies are just as bad as the balti ones. Why have they changed @AVFCSupport ??? #piegate #avfc #utv #partofthepride