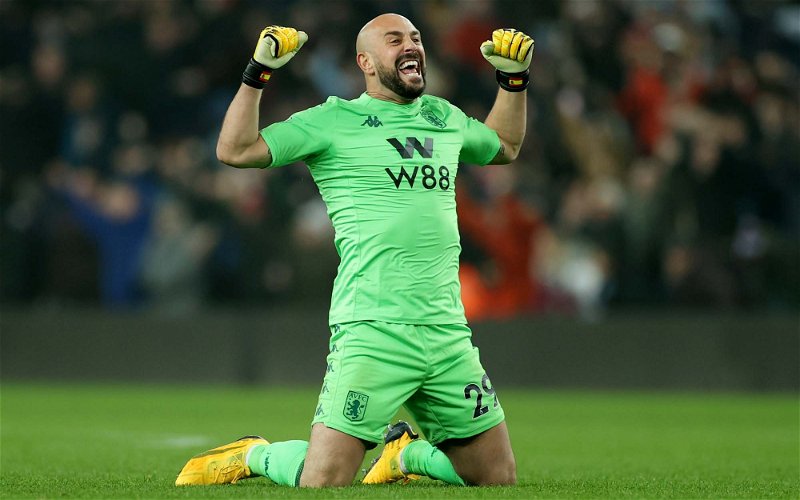 With Jed Steer and Tom Heaton being sidelined with injury, Orjan Nyland stepped up impressively this month when given another shot between the sticks, and Reina’s arrival on a loan spell for the second half of the year from AC Milan took many by surprise, but the 37-year-old has already more than proven his worth in the Brighton and Hove Albion and Watford clashes.

Speaking in his recent column, Robinson felt it was a ‘very clever’ signing by Villa and he felt that Reina had an opportunity to earn himself a contract for the coming 2020/21 campaign.

“He is a great goalkeeper. I think it’s a very, very clever signing because Tom Heaton was a great signing in the first place and they were very unfortunate to lose him to injury. Pepe Reina, at his age, his level of fitness, he fits the bill perfectly, and if he stays on next year, it’d be a great number two for Tom to have. A very, very good signing I think.”

With some key stops from Reina in the last two games, a return of four points after the Manchester City hammering has helped lift us back out of the dropzone and things look a little more comfortable again but we have plenty of work still to do yet.

Reina definitely looks like he’ll have his part to play in that as well.

One Villa Deal Gets Closer As Club Confirm Expected Departure