“Coincidence” “Game Changer” – Villa Star Proves His Worth Once Again 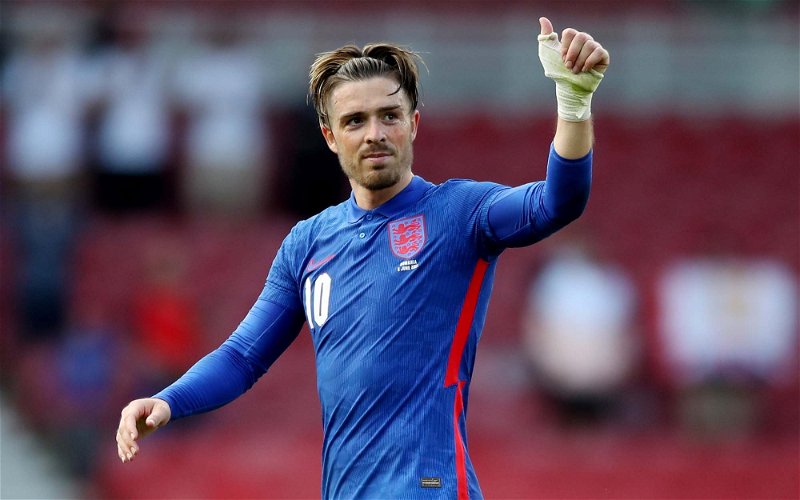 It definitely turned into a memorable Tuesday evening for England fans, but Aston Villa supporters had more than one reason to be smiling as we secured an eventual 2-0 victory over Joachim Low’s Germany.

Neutrals would’ve mostly seen a turgid, defensive and less than inspiring 70 minutes from England, but although Germany arguably had the slightly better chances, they were hardly that inspiring themselves and when they did get through, it was nothing Jordan Pickford couldn’t cope with.

The game inevitably changed with the introduction of Jack Grealish in the 69th minute – and after plenty of criticism, Gareth Southgate gets the praise here as it was the right substitution at the right time – and in turning the game our way with Jack’s natural ability to carry the ball and link play up, six minutes later he fed the ball to Luke Shaw who fired it to Raheem Sterling for the easiest of tap ins.

Not content with that, Jack found himself on the left eleven minutes later and having opted not to shoot, he pinged in a perfect little for cross for Harry Kane to head home and take our first competitive victory over ze Germans at Wembley Stadium for the first time since the immortal 1966 World Cup Final.

That wasn’t the only top stat to come out of the game, but this is all about Jack – three Euro appearances, and two assists!

Does Jack Deserve To Start Against Ukraine?

I’m having that as a pre assist

the best player in the world

soon as he comes on we score, coincidence? i think not

Completely changes the game, should start 100%

Roll on to Saturday, and does Gareth reward Jack with the start against Ukraine?