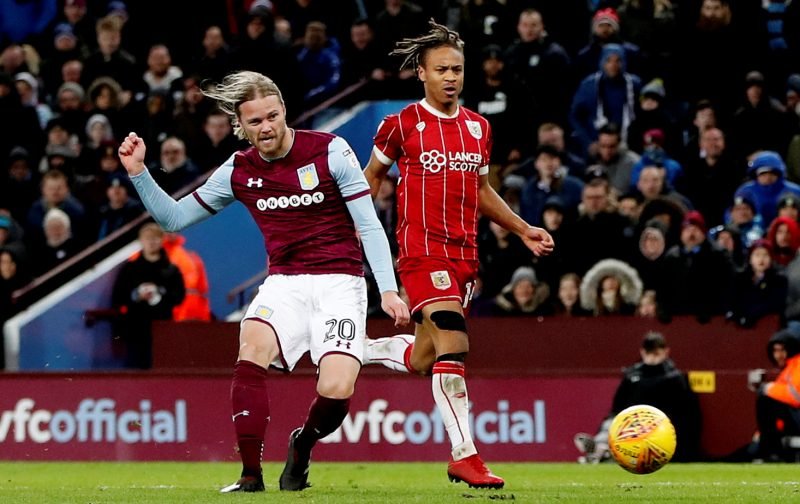 Dean Smith has confirmed that Birkir Bjarnason is “back to full fitness” and will be available for selection against Derby County on Saturday. The 30-year-old was brought off against Queens Park Rangers after 41 minutes and missed last Friday’s meeting with Bolton Wanderers as a result.

Bjarnason has been training all week, however, and is in line to start at the iPro Stadium. Conor Hourihane featured alongside John McGinn against Bolton, but Smith might prefer more substance in the engine room, meaning the Icelandic international stands a good chance of returning.

The Villa boss said in Thursday’s press conference: “Birkir is fit. He has trained with us all week. He’s back to full fitness. It’s very positive. We have not got many in the treatment room. That’s good”. Bjarnason has made nine Championship appearances this season, scoring two goals. He’d started in five of Villa’s last seven league outings.

Derby are no slouches. The Rams are currently fifth in the Championship with 28 points from 16 games, coming off the back of three wins and a draw from their last four. Villa, however, are nine places and seven points worse off than County, having lost two of their previous three and will be in for a tough afternoon.

Derby have won four and drawn two of their last six home games while Villa have lost their last three away games and haven’t won on the road in seven.