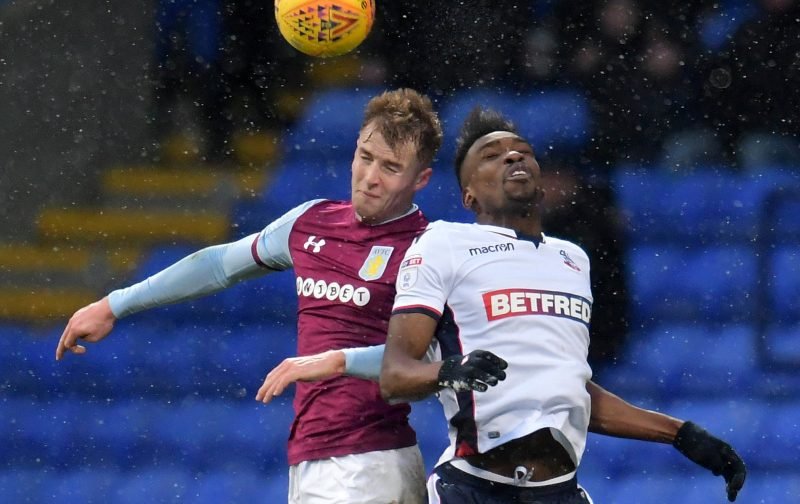 Dean Smith gave an update on James Bree, revealing that the right-back “should start training next week” after injury. The Aston Villa defender is doing rehabilitation and is slowly nearing a return, but it may be weeks until supporters see him back on the pitch.

Despite previously hinting that a return could have been this week, Smith said to Birmingham Live about Bree’s progress: “He’s not trained with us yet. He should start training with us next week. He’s been out doing rehab and some ball work with the medical staff.”

The 21-year-old has made just five appearances in all competitions this season, the last of which was all the way back in October. Bree struggled for playing time under Steve Bruce, waiting until mid-September to make his first league appearance of the campaign, but Smith has opened the door to the right-back getting more minutes in the first-team if he can prove his fitness.

Villa are short of options at centre-back, with James Chester and Axel Tuanzebe the only natural defenders at the heart of the backline. James Collins joined on a free transfer but is also short of fitness. Bree is a fullback but he played a central role under Bruce against Peterborough in January’s FA Cup clash. Despite being an outcast, he could become an important player in 2019.