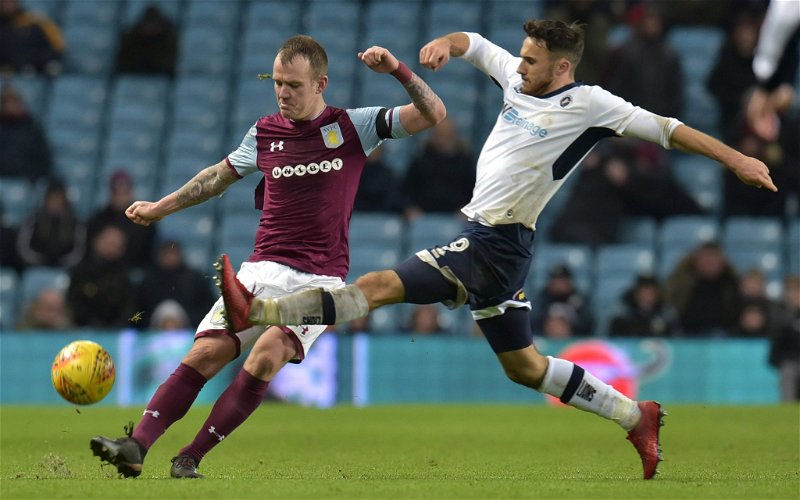 Dean Smith only had kinds words to say about Glenn Whelan in the aftermath of Aston Villa’s 3-0 win over Middlesbrough, calling the midfielder “terrific” and saying “he sets standards” in training. Whelan scored against Aitor Karanka’s side after coming off the bench on Saturday to wrap up an impressive victory at the Riverside Stadium.

The Republic of Ireland international hasn’t always been a regular this season, making just three league appearances between August and late-September, but Dean Smith has used Whelan considerably more than Steve Bruce did – six appearances in Villa’s last seven league outings. His manager paid tribute to the midfielder’s work ethic.

Smith said to the club’s official website: “I’m made up for Glenn. He sets the tempo in training – he’s terrific. He sets standards around the training ground, along with Jedinak, and I’m so pleased for him. He was disappointed not to start in the week, because he was very good against Birmingham. But I’ve got the ability to rotate in that area of the pitch at the moment.”

Whelan has made a total of 46 appearances in all competitions since joining Villa from Stoke City in July 2017, but this season could well be his last. The 34-year-old is out of contract next summer and Villa don’t have the option to trigger a 12-month extension.

The ball-winner has been a good servant at Villa Park, but Dean Smith may allow Whelan to leave for free, with the proviso to the board that a replacement be signed. Birkir Bjarnason and John McGinn are impressive combative players who should stick around for the 2019/20 campaign, so Whelan may not be needed past this season.

Nevertheless, Smith is still impressed with the veteran’s hard work and influence on the training ground.