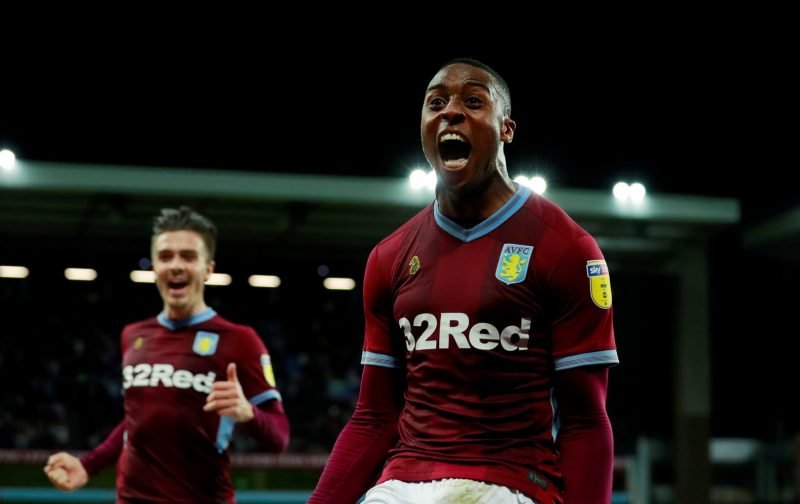 Dean Smith has revealed that Jonathan Kodjia will be used in a wider role for Aston Villa, as Tammy Abraham has “been making the number nine position his own”. Kodjia has made 19 Championship appearances this season, scoring and creating six goals. He started the campaign as a centre-forward under Steve Bruce but has been made to operate out wide for Smith.

Abraham has been in fine form on loan at Villa, scoring 10 goals in 13 games, and isn’t likely to lose his place through the middle as a result. Smith isn’t short on options out wide, with Kodjia joining Albert Adomah, Yannick Bolasie and Anwar El Ghazi in competing for a starting place on the wing, and Smith had bad news for the Ivorian international’s hopes of being a striker.

He told Birmingham Live: “When I first came he’d only just come back from international duty so he trained one morning with me. Tammy scored in that first game and he’s been making the number nine position his own. I know both Scotty and Kodj would like to play in that position as well. I like to have players in wide areas who can score and I believe Kodj can do that.”

Kodjia has only scored two league goals since mid-August and hasn’t made an assist since mid-September. The 29-year-old hasn’t created a chance in his last two appearances against Forest or Birmingham City and has only made two successful dribbles in his previous three outings.

He’s clearly got a lot to learn playing in a wider role, but Abraham’s form means Kodjia never stands a chance of leading the line. Abraham scored four goals in Villa’s 5-5 draw with Nottingham Forest on Wednesday and is on course to hit 20 in the Championship come May. Smith has no plan to change his attack, so Kodjia will have to settle for his unfavoured role.

Explained: Who Dean Smith could pick to replace Alan Hutton for Middlesbrough clash