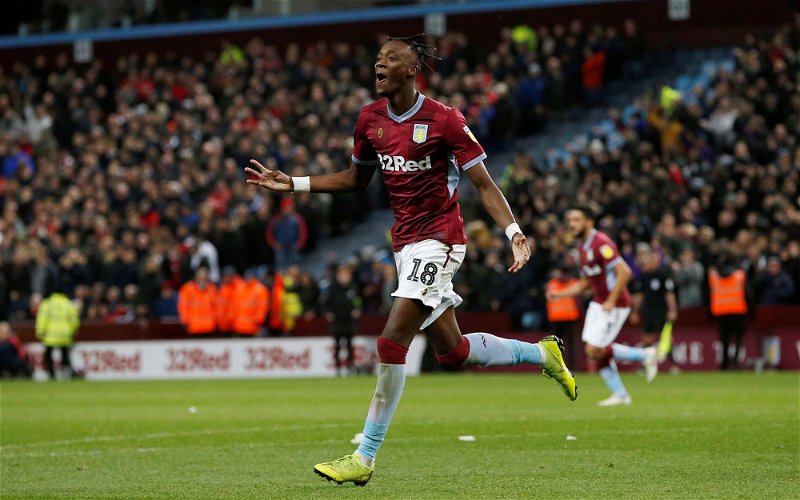 Dean Smith was full of praise for Tammy Abraham after the on-loan Aston Villa striker scored four goals in Wednesday’s 5-5 draw with Nottingham Forest. The 21-year-old has been in fine form since joining from Chelsea over the summer, netting 10 goals in 13 Championship games this season, and Smith lauded the player in his comments to Birmingham Live.

He said: “I’m really pleased for him. I think that’s seven goals for him, in the seven games since I’ve been in charge. He’s had a lot of chances, he creates a lot of chances himself as well. Great work ethic, great quality, but he’ll be the first to admit that some of the balls put into him have been outstanding. The quality from wide areas has been very good and he’s been able to get onto the end of them. He’s even earned a goal off his own privates as well!”

Abraham has risen through the youth ranks to the fringes of the Chelsea first-team, making three appearances at senior level. The England u21 international has been forced to move away from Stamford Bridge on loan in recent years as he’s struggled for playing time with the Blues.

He joined Bristol City in 2016/17, scoring and creating 30 goals in 48 appearances in all competitions before a move to Swansea City followed. Abraham struggled in the Premier League with Swansea last season, contributing 13 goals in 39 games for the now-relegated outfit, but he’s been in fine form for Villa ever since.

With the Villans so potent in attack under Smith, Abraham should thrive. He has the likes of Jack Grealish, Yannick Bolasie, Anwar El Ghazi and Albert Adomah supplying the chances and he’s been burying them so far.