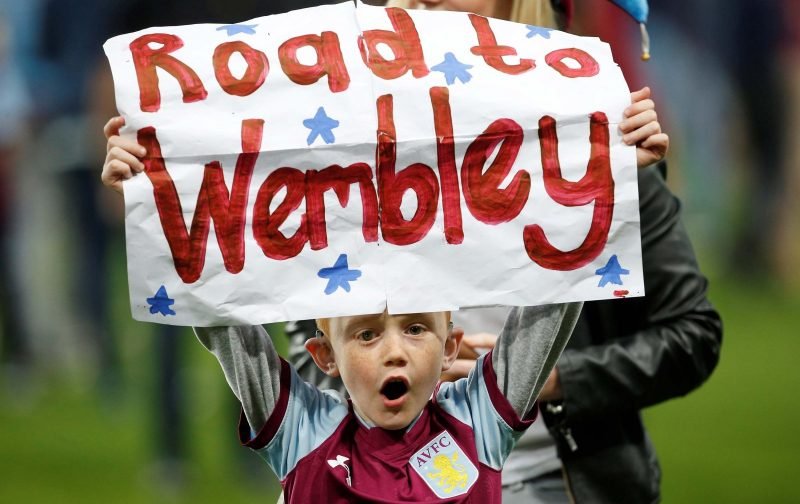 Afternoon Villans. You’ve done us twice this season. Will you get the hattrick? The bookies seem to think so with you at 5/4 and us at 5/2.

You seem to be going into this as favourites and justifiably so based on the two games earlier this season. At Pride Park we were still a new, young side getting to grips with Frank Lampard’s new style and the influx of new players too. You were brilliant second half. At yours, we were missing half a dozen players and paid for it, again you were the better side. Over the past weeks we have beaten Bristol, WBA and Leeds to get to where we are. Leeds were also favourites to win. At Elland Road we played a different system to the one they were used to us playing and they had difficulty coping with it.

A lot of the comments on here about playing this player or that player are, IMO, based on what you have seen of us earlier in the season. We haven’t been playing that system of late and the half a dozen players we were missing are all back. Mount, Lawrence, Wilson, Waghorn, Bogle, Johnson are all back fit. Roos has deposed Carson between the posts. That 4-0 game is meaningless. It won’t be anything like the same team in white shirts.

Don’t get me wrong, I’m not saying we are going to walk it, far from it, but we are not as much of a walkover Villa fans seem to think we will be.

This game is definitely on. Remember what we did at Elland Road. Play with the first XI again and with the same pride and passion and this will be every bit as good a game as the semi final 2nd leg was. It’s all up in the air IMO.

What is the key? Grealish.

If he turns up you have the upper hand. However, I remember decades ago, whenever we played against Best or Ball, Brian Clough used to sacrifice one of our creative players, John McGovern, with the instructions not to worry about the ball, if you get it, give it to a teammate asap, your job today is to stand a yard and a half off Best/Ball in a direct line between him and the ball. The pair of them hardly had a kick when we played them. Stop Grealish and I think we stop Villa.

The same is true of Mount and us. I just hope neither of them is kicked out of the game.

It’s all to play for. May the best team on the day win.

Safe journey both ways for all travelling.

PS – I will be at Wembley. Look out for the BENELUX RAMS flag. I won’t be far away.