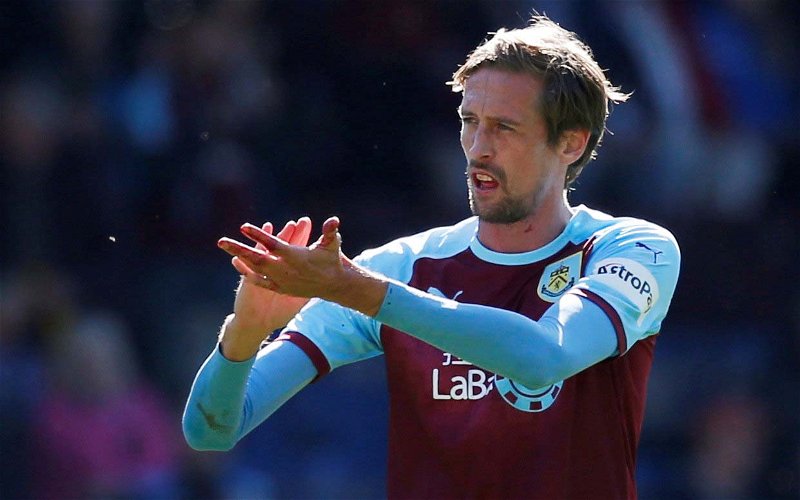 Aston Villa fans unfortunately didn’t see the best of Peter Crouch during his spell at Villa Park all those years ago, but with a solid playing career under his belt, he’s extremely suited to the more entertaining media role he’s taken on having hung his boots up and writing in his column for the Daily Mail this week, it seems a certain moment from our weekend’s action with Manchester United at Old Trafford tickled him.

For anyone who follows Crouchy, he often gets ticked given his sense of humour and there are absolutely no surprises with what caught his eye.

“Did you see the clip of Emi Martinez telling Cristiano Ronaldo to take Manchester United’s penalty? If you haven’t, please do. A wonderful moment of gamesmanship. Regular listeners to my BBC podcast might be aware of a more colourful way of phrasing such antics! Martinez basically got into the head of Bruno Fernandes. It is very clever. He is saying you are not good enough to take this responsibility. Penalties were the elephant in the room at United when Ronaldo joined. Everybody was wondering what would happen when United were awarded one. If Ronaldo stepped up then fine — it’s Ronaldo — but Fernandes has gone: No, I’m the man here. That obviously weighed heavily on his mind. Martinez tapped into all of that brilliantly. He gave himself a little advantage, the kick landed halfway up the Stretford End and Aston Villa went back to Birmingham with a memorable victory.”

Now, we all know Martinez has got form for this as we saw it brilliantly during the Copa America where he helped Argentina to lift the Trophy after another round of … erm …‘gamesmanship’ in the shootout with Colombia.

But I think his antics on Saturday are a cut above.

In other words, why not watch it again. The original is here or you can watch this novel take on events.